How Nissan Kicks 2020 plans to upstage Hyundai, Kia in battle of features

With an eye on feature-rich rivals like Creta and Seltos, Nissan is planning to load up Kicks 2020 with a host of features from the base variant itself.Kicks 2020 will be offered in seven variants - two with auto transmission, and will also get a turbo engine as an option.
By : Shubhodeep Chakravarty
| Updated on: 07 May 2020, 05:58 PM 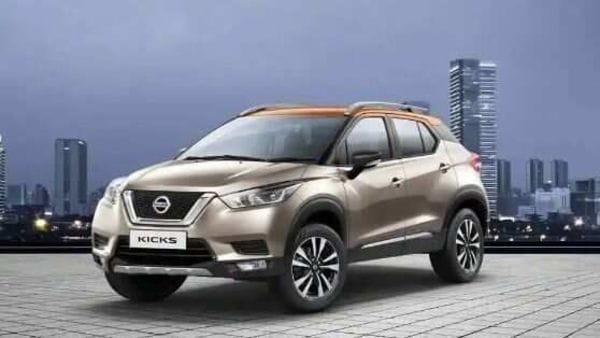 Nissan Kicks 2020 will be offered with BS 6 engine options which include a turbo motor.

In a bid to bring down the dominance of feature-rich rivals like Hyundai Creta and Kia Seltos, Nissan is stepping up its game and is planning to load Kicks 2020 with features galore right from the base variant. The car will be offered in seven variants in all once officially launched here.

Kicks SUV was first launched in India in January of 2019 but failed to create a mark in its segment. The launch of Seltos later in the year and Creta 2020 in March relegated Kicks to the sidelines but that is something Nissan is determined to reverse. The Japanese car maker has announced that the latest version of the car will boast of a plethora of comfort and convenience features, many starting from the base variant itself. As such, the cheapest version of the car will get Nissan Connect with Smart watch connectivity, Auto AC with rear AC vent, cooled glove box, Nissan’s unique twin parcel shelf, dual airbags, ABS+EBD, Brake Assist feature and electrically adjustable ORVM, impact sensing auto door unlock, speed sensing auto door unlock, and shark fin antenna.

While Nissan has not elaborated on what features the other six variants will have, some of the more premium features would include rain-sensing wipers, automatic headlights, front fog lamps with cornering function, leather-wrapped soft-touch dashboard, among others. It is a clear sign of intent that it is doggedly gunning for Creta and Seltos, two Korean cars that have received adulation galore for the long list of features each boasts of. Furthermore, the SUV will have a class-leading ground clearance of 210mm and the smallest turning radius at 5.2mm.

Additionally, Kicks 2020 will get a turbo-charged petrol engine which would make it the most powerful car in its segment. The 1.3L four-cylinder turbo-charged petrol engine will belt out 156 Ps of power and have 254 Nm of torque on offer. The engine makes use of cylinder coating technology which is borrowed from the Nissan GT-R’s engine. The company claims that this would allow for better performance as well as mileage.

Rakesh Srivastava, Managing Director, Nissan Motor India, has said that the idea is to make Kicks 2020 a value proposition. "The variants present class-leading, accessible and affordable features to the customers to enjoy maximum value proposition in the segment," he has said. "An expression of premium Japanese design philosophy, it brings together intelligent mobility, a robust value proposition, and luxury and performance features that will instantly set it apart in its class."