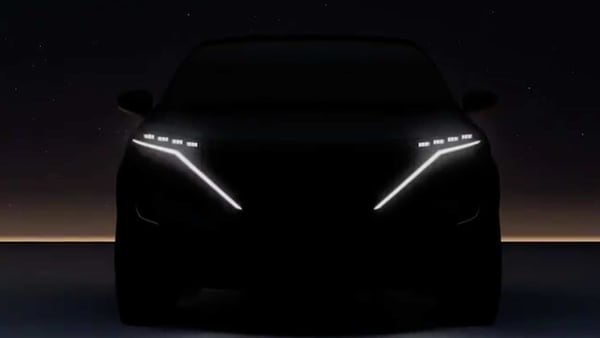 Nissan will launch its first electric SUV Ariya on July 15.

After much delay due to the ongoing coronavirus pandemic, Nissan Motors has been able to confirm the date to finally launch its much anticipated electric SUV Ariya. The Japanese carmaker took to social media to announce the date, July 15, for the digital world premier of the SUV.

Earlier, the company had conformed that Nissan Ariya will be on sale before the end of the year. The Ariya electric SUV will start reaching customers in 2021.

Last week, Nissan had released the first teaser for its first electric SUV Ariya. The teaser image does not reveal much about the SUV, but reveals the LED light signature on one of the headlights.

Buckle up for all-new #Nissan #Ariya! Don’t forget to set your reminder to join our virtual event on July 15th on https://t.co/IrUFOef8jx #IntelligentMobility pic.twitter.com/U6P2wGwJx7