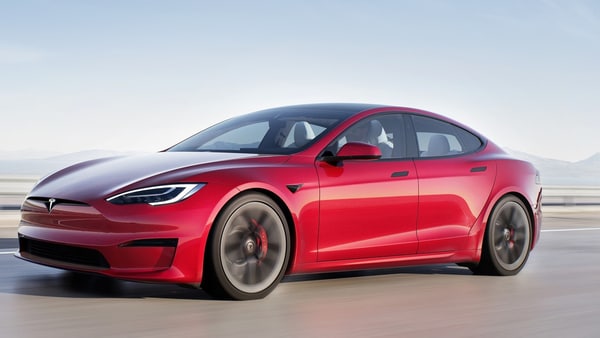 Tesla Model S Plaid was officially launched at an event at the carmaker’s Fremont facility on Thursday.

Tesla has grabbed headlines across the world with its new Model S Plaid. The new Model S comes with a host of updates over its predecessor. The refreshed Model S gets an interesting change among many.

The updated Model S gets no drive mode selector on the string wheel that appears more like control wheels in an aeroplane cockpit than a conventional steering wheel. The auto-shift and touchscreen are not the only options to select the driving modes. 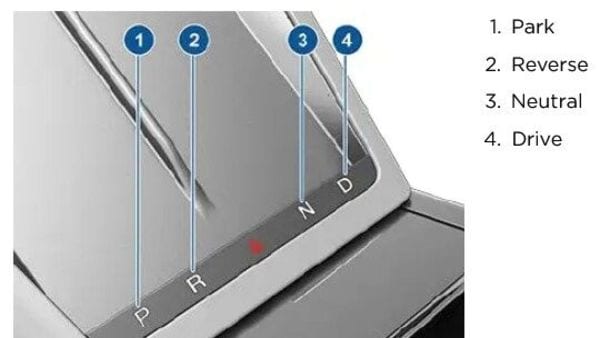 The gear selecting capacitive buttons are positioned at the centre console. (Image: Tesla)

In the third option, the driver can manually select the driving mode by using the capacitive buttons on the centre console. These capacitative buttons are positioned below the wireless phone docks.

In case the touchscreen is not working, the driver can select driving modes from here. Despite this being an interesting feature, the method appears far less costly than a conventional gear shifter.

This little but significant change comes in like with the US electric car manufacturer's minimalistic approach and never-ending pursuit to simplify things.

Tesla has explained the gear shifting process using the centre console buttons in the car manual. As it says, in most situations these gear shifting buttons are not available until the driver presses one of the gear buttons to activate it. Once active, the LED associated with each gear illuminate and once a gear is selected, the associated LED illuminates amber.

The gear selector on the centre console gets activated automatically in case the touchscreen is not functioning due to some technical issue or the Model S is driving in Valet or Transport mode. In such a situation, there is no need to touch the buttons or activate them manually.

Tesla CEO Elon Musk has introduced the Model S Plaid to the world on Thursday. The car comes packing 1,020 hp of power and it can accelerate to 0-96 kmph in 1.99 seconds.