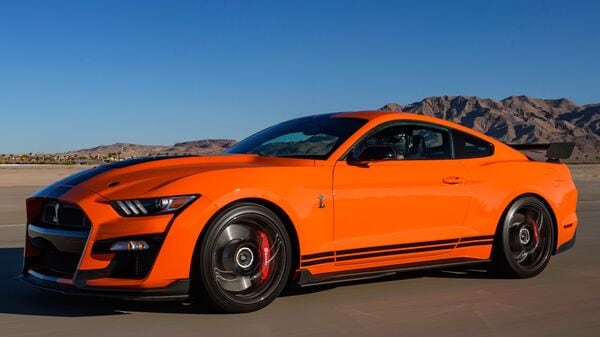 New generation Ford Mustang will get a manual gearbox.

The report also doesn't reveal the torque output details. The current Mustang GT and Mustang Mach 1 churn out 558 Nm of torque. It is not sure what would be the torque output in the new generation model. The new generation Mustang's V8 power mill is claimed to be a carryover rather than a whole new engine, much like the smaller 2.3 litre EcoBoost four-cylinder motor.

Ford CEO Jim Farley has already suggested that a manual gearbox will remain available for the new Mustang, dedicated for the purist drivers who like the old-school charm of manual driving instead of automatic transmission. He also tweeted with a hashtag signifying the manual transmission.

The new Ford Mustang is slated to debut on September 14 at Detroit Auto Show. Speaking about its design, the car is expected to come carrying a wide range of updated elements across the exterior and inside the cabin as well. It could get a redesigned steering wheel and a revamped centre console inside the cockpit, which will be a major attraction.