Home Auto Cars News Mercedes To Launch Made In India S Class On October 7, To Be Locally Assembled

Mercedes to launch Made-in-India S-Class on October 7, to be locally assembled

Mercedes-Benz had earlier launched the S-Class in India at ₹2.17 crore (ex-showroom). With the luxury sedan now heading for local assembly, the price is likely to go down significantly.
By : HT Auto Desk
| Updated on: 01 Oct 2021, 02:31 PM 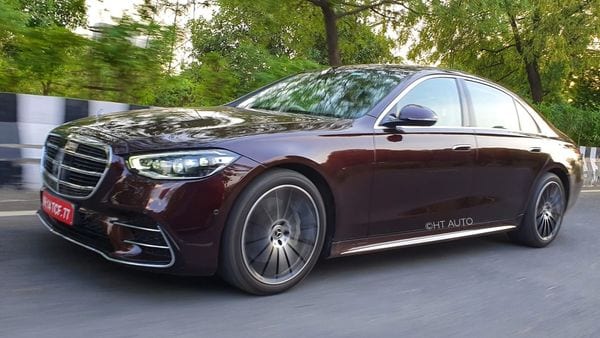 Mercedes-Benz had earlier launched the S-Class in India at ₹2.17 crore (ex-showroom).

Mercedes-Benz is all set to launch locally assembled S-Class luxury sedan in India on October 7. The flagship product from the German auto giant is likely to cost much less than what the existing models cost due to local assembly.

Mercedes-Benz had earlier launched the S-Class in India at ₹2.17 crore (ex-showroom). The launch edition of Mercedes S-Class was brought to India via the CBU route. All of the 150 units were booked soon after the official launch.

Mercedes S-Class ultra luxury sedan competes with rivals in its segment, like the BMW 7-Series and Audi A8.

The specifications of the Made-in-India Mercedes S-Class is yet to be shared. The company is likely to reveal them on October 7, However, it is unlikely to see too many changes. What will change though is the price tag, which is likely to get reduced substantially due to local production.

Mercedes S-Class 2021 is currently offered in two variants, which include the S 400d and 450 4MATIC variants. It is powered by a six-cylinder petrol and diesel engines. The engine can produce output between 330 hp and 367 hp. The peak torque ranges between 500 Nm and 700 Nm. Both come with a top speed of 250 kms per hour and the ability to accelerate from zero to 100 kmph in just over five seconds.

It comes with a sporty AMG Line exteriors and interiors with 20-inch alloys – a first time on the S-Class in India. Despite having good drive statistics, the S-Class is more about the drive experience at the back seat rather than behind the wheels. The 2021 S-Class sedan gets a 12.8-inch main infotainment system with an OLED display. It comes in portrait alignment along with a 12.3-inch 3D driver display. The dual-screen gives a wide visual experience.

The MBUX gets 320 GB internal storage and 16 GB RAM as well. This means the owner of the vehicle can actually keep multiple movies stored in the car's infotainment system and watch on the go. MBUX also gets Over-The-Air or OTA software update facility as well.