Mercedes Maybach S-Class, which has already been introduced in global markets, is likely to hit the Indian markets as the marquee product from the German carmaker.
By : HT Auto Desk
| Updated on: 14 Feb 2022, 12:48 PM 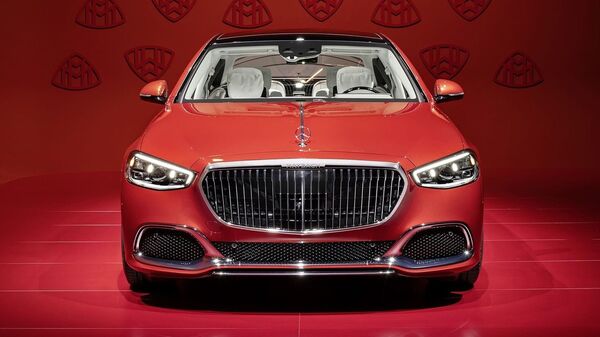 Mercedes Maybach S-Class, which has already been introduced in global markets, will be launched in India next month.

The S-Class will join luxury SUV GLS 600 in Mercedes Maybach lineup in India. Mercedes had earlier launched the Maybach GLS 600 in India at a price of ₹2.43 crore in June last year.

Mercedes-Benz S-Class, referred to by many across the world as the best car in the world, was earlier launched via the import route in June last year at ₹2.17 crore. At the time, just 150 units had been brought in but with local assembly, the company expects a wider demand base.

The Maybach S-Class is already available in global markets. It was launched last year with V8 and V12 engines and aims to take on rivals like Bentley and Rolls-Royce in the luxury sedan segment.

The 2021 Mercedes Maybach S-Class is being offered with two engines - the V8 and the V12 - for the European customers. The S 680 4MATIC is powered by the V12 engine and combines with the all-wheel drive 4MATIC drive for the first time. The engine can produce 612 horsepower and allows the sedan to hit 100 kmph in 4.5 seconds with a top speed of 250 kmph.

The four-litre V8 eight-cylinder petrol engine, available with the S 580, can produce 503 hp of power and can accelerate from zero 10 kmph in just 4.4 seconds with a top speed of 250 kmph.

The Maybach S-Class gets a distinctive hood with a chrome flap and the Mercedes-Maybach radiator grille and the traditional vertical and three-dimensional trim strips. It also gets a fixed quarter light in the C-pillar with an exclusive Maybach brand logo on it.

On the inside, the Mercedes-Maybach S-Class comes with electrically operated comfort rear doors, which is a first. Besides this feature, it also gets reclining chairs with massage functions, leg rests and folding tables in the rear, electric seat belt reminders for the rear seat passengers and much more.

The dashboard, centre console and armrests are joined as one seamless unit and has a floating effect. There are as many as five display screens available inside. While a 12-inch OLED center display is included as standard, a 12.3-inch 3D driver display with three-dimensional representation of other road users and pronounced depth and shadow effects is available as an option.