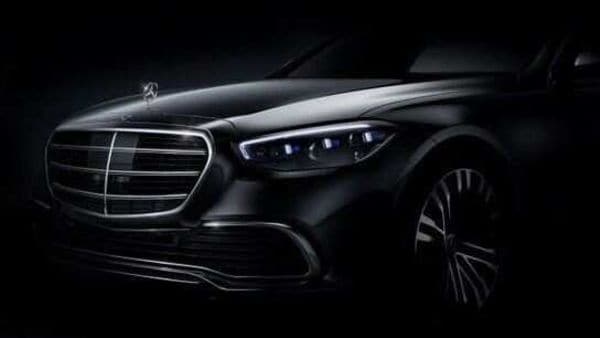 Mercedes S-Class has established itself as the benchmark of luxury in the sedan segment and has long been favoured by the rich and powerful around the world. The German auto giant, however, is now planning to further raise an already high bar set by the car and gave a glimpse at the 2021 S-Class which will be officially revealed on Wednesday.

While Mercedes has been dropping inputs about the latest S-Class for some time now, the latest teaser video gives perhaps the biggest glimpse into what the sedan will have on offer.

And there is a mighty lot.

From an extremely striking front LED head light system to a massive central infotainment system and even a futuristic key fob, the 2021 S-Class appears to be competing against the preceding model in terms of how much it can reinvent itself. That the car will boast of several screens for a host of controls has been known for some time now but the 2021 S-Class will also get quilted leather reclining rear seats. Even ambient lighting - a mood feature fast becoming common in luxury cars around the world - gets a special treatment in the new S-Class which will have an extensive and complex network of fiber optics made of transparent coating to offer ambient lighting like in no other passenger vehicle. Each of these fiber optic will comprise of around 250 LEDs and the entire design will emphasize on putting out a single continuous line of light in the cabin. (Read more here)

Besides this latest safety tech, the 2021 Mercedes-Benz S-Class will also get the new Pre-Safe Impulse Side function system. It uses radar sensors to detect side impact and protects the occupants.

Reports suggest that the 2021 S-Class may also offer Level 3 autonomous driving and while Mercedes has not confirmed this, it could be a game-changer in the luxury sedan segment.

Mercedes is betting big on the 2021 S-Class in a world that is fast moving towards electric mobility. The car has long represented the pinnacle of automotive engineering as well as automotive indulgence, and the new S-Class looks to build on both.