Maserati will debut on the grid from Season 9 with the new Gen3 Formula E racing car.Maserati's racing debut was 96 years ago. The first racing car to bear the Trident logo on the bonnet was the Tipo 26, which debuted at the Targa Florio in 1926, winning first place in the class up to 1.5-litre.
By : HT Auto Desk
| Updated on: 11 Jan 2022, 09:11 AM 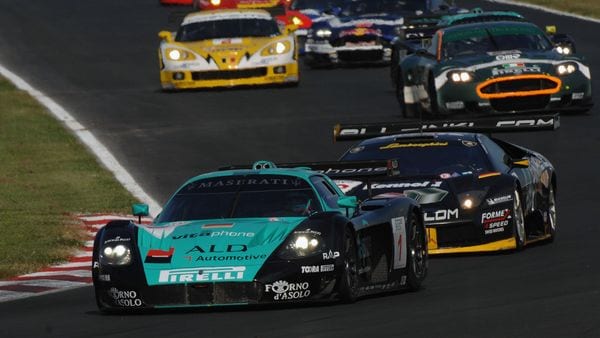 Maserati will be the first Italian brand to enter Formula E championship when the carmaker joins the race next year.

On Monday, the Italian brand announced that it will debut on the grid from Season 9 with the new Gen3, which the carmaker claims to be the fastest, lightest, most powerful Formula E racing car ever. The Gen3 is capable of reaching speeds of up to 320 kmph.

Maserati's racing debut was 96 years ago. The first racing car to bear the Trident logo on the bonnet was the Tipo 26, which debuted at the Targa Florio in 1926, winning first place in the class up to 1.5-litre.

Davide Grasso, CEO at Maserati, said, "We are very proud to be back where we belong as protagonists in the world of racing. We are powered by passion and innovative by nature. We have a long history of world-class excellence in competition and we are ready to drive performance in the future."

“In the race for more performance, luxury, and innovation, Folgore is irresistible and it is the purest expression of Maserati. That’s why we decided to go back to racing in the FIA Formula E World Championship, meeting our customers in the city centers of the world, taking the Trident forward into the future," Grasso added.

Formula E chairman Alejandro Agag said the announcement was probably one of the greatest days in the history of the championship. "To have a brand as iconic as Maserati, with the racing heritage... come into the electric revolution that we are pushing is really an incredible moment for Formula E," he said.

India's Mahindra, Nissan, Jaguar, Porsche, Stellantis-owned DS and China's Nio are the other manufacturers who will take part in the championship next year. Grasso promised details soon on how Maserati would participate.

"Formula E will be our technological laboratory to accelerate the development of high-efficiency electrified powertrains and intelligent software for our road sports cars," said Stellantis' motorsport head Jean-Marc Finot.

Last year, BMW and Audi pulled out of Formula E. Mercedes Benz too will be leaving the motor sport by the end of this year.