The love affair between California and Elon Musk has started to sour.Musk is considering Texas for a factory that would plant Tesla’s flag in a red state where trucks reign supreme and appeal to a new swath of customers: conservatives.
By : Bloomberg
| Updated on: 25 May 2020, 09:24 AM 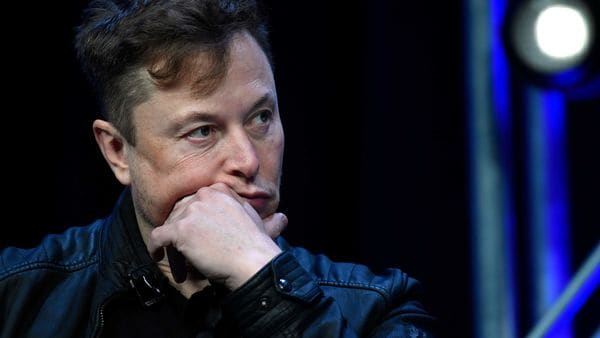 Musk’s electric-car company, Tesla Inc., is California’s dream of a greener economy made real, growing from scrappy Silicon Valley startup to the world’s second-most-valuable automaker. Politicians point to his Los Angeles rocket company, SpaceX -- poised to carry astronauts to the International Space Station on Wednesday -- as an emblem of Golden State ingenuity.

But Musk, seeking a fertile market for his pickup truck and an economical place to build it, is staging a show of pique. He has slammed coronavirus shutdowns as “fascist" and reopened his California factory against local government orders. He is considering Texas for a factory that would plant Tesla’s flag in a red state where trucks reign supreme and appeal to a new swath of customers: conservatives.

“Elon raising this issue and being seen as anti-California will resonate a lot with people on the right," said Subodh Bhat, a marketing professor at San Francisco State University. “He’s always been a provocateur."

California has been a nurturing partner for Musk, 48. Its bold climate goals and incentives juiced the market for Tesla’s sleek sedans and SUVs, with purchasers receiving $266.8 million in state rebates over the years. More than 40% of the company’s new U.S. vehicle registrations in 2019 were in California, according to IHS Markit. A full decade since Tesla’s IPO, consumers can still apply for a $2,000 rebate from the state if they buy a Model 3 or a Model Y.

Yet when Alameda County shutdown orders stopped production at Tesla’s plant in Fremont, Musk defied local health officials by closing late and reopening early. He briefly sued the county, and threatened to move his Palo Alto headquarters to Texas or Nevada.

“This is the final straw," he wrote in a May 9 tweet, after county officials said the company wasn’t authorized to reopen the plant. “If we even retain Fremont manufacturing activity at all, it will be dependent on how Tesla is treated in the future."

Some legislators told him to get lost (in less-printable words), editorial writers and columnists wished him good riddance, and a state panel denied SpaceX $656,000 for job training.

Musk and Tesla declined to comment for this story.

“Even if the move was years in the future, just the announcement that Tesla was leaving would be a huge black eye for California," said Dan Schnur, who teaches political communications at the University of California at Berkeley and the University of Southern California.

In 2014, Tesla drew several states into a competition to win its massive battery plant, dubbed the Gigafactory. This time, the prize is a plant to build the angular Cybertruck pickup. Florida and Oklahoma have made pitches -- Tulsa’s “Golden Driller," a 75-foot statue of an oil worker, was transformed into the image of Musk with a Tesla logo. But Texas is by far the nation’s largest truck market. Republican Governor Greg Abbott said this month that he’d talked to Musk.

John Boyd, principal of a Princeton, New Jersey, site-selection firm, said Texas, Oklahoma and Florida all are making personal appeals to Musk. “In California, you have an elected official telling him to go F himself," Boyd said. 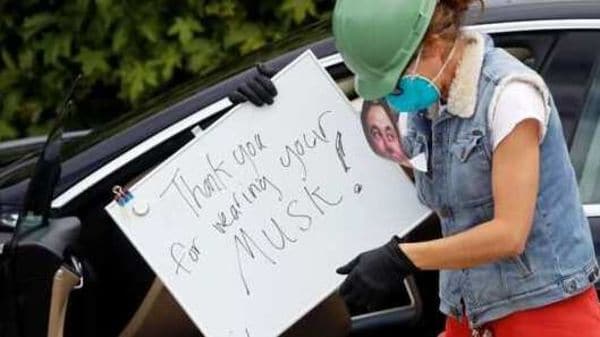 Long a hero to the environmental left, Musk has increasingly taken to saying things that play better on the right. He spent months downplaying the coronavirus, much as President Donald Trump did. And Musk’s vast social media following has made him one of the most prominent voices calling for a quick restart to the economy, with tweets like “FREE AMERICA NOW."

He recently advised his Twitter followers to “take the red pill," a reference to the 1999 science fiction film the Matrix that has been adopted by factions of the alt-right as shorthand for a political awakening. Ivanka Trump replied that she’d already taken it. And on Friday, the president said he would go to Florida on Wednesday to watch the launch of SpaceX’s manned test mission.

That all may play well in independent, ornery Texas, where officials were reluctant to impose stay-home orders, and where Musk has a foothold. SpaceX has an engine-testing facility in McGregor and a rocket production facility in Boca Chica. Texas is already Tesla’s third-biggest U.S. market, even though years of opposition from auto dealers means it can’t sell cars there directly.

The Tesla Owners Club of North Texas has about 300 core members who span the political gamut, said president Rick Bollar: Trump supporters, progressive women, and Texas patriots proud to fuel up via an electric grid that runs largely on the state’s natural gas.

“Elon Musk already does a lot of business in Texas because of SpaceX," said Bollar, who owns both a Model S and a Model X. “Texas was the runner up for the Gigafactory the last time around. If the factory comes here, it would not surprise me if the state did a carve-out to allow Tesla to sell cars directly."

Would Musk actually fulfill his threat to leave California, not just build elsewhere? Analysts doubt it. Though Tesla has a Nevada battery factory and a solar panel plant in upstate New York, the Fremont plant is the only one in the U.S. churning out cars. Tesla has spent nearly $2.8 billion on equipment in California since 2009. It’s also been awarded $232 million from a state sales-tax exemption for equipment, including $10 million in March.

But Musk’s showdown with health authorities in California carries real risks. The Fremont plant now has more than 10,000 employees, some enduring marathon commutes from counties outside the San Francisco Bay Area. Packed with machinery and people, it’s not an ideal place for social distancing.

“If this was a concert or sporting event drawing 10,000 people from not only the Bay Area but part of the Central Valley, that presents substantively a risk," said John Swartzberg, a doctor who is a clinical professor emeritus at the University of California. “I would go as far to say a very large risk."

To date, no Covid-19 case can be traced to Tesla’s factory, but it’s also not clear how the public would find out.

Tesla submitted a plan this month for reopening the Fremont plant to county health officials. They asked Tesla to improve health screenings of employees as they boarded shuttle buses to the factory; Tesla had previously only screened employees at the plant.

Tesla said in a blog post that its plan models policies at its plant in Shanghai, “which has seen smooth and healthy operations for the last three months." Videos show workers there wearing masks and getting their temperatures checked.

In the meantime, red states are ready to get in on Tesla’s act. Tulsa’s Republican mayor, G.T. Bynum, said his city has long revered pioneers and entrepreneurs.

“The #1 car in Oklahoma is a truck," said Bynum. “To partner with Tesla at a time when they are branching out is exciting. We would be proud to be associated with the company."