As if electric vehicles aren't blazing fast, Mercedes plans an AMG performance version of its upcoming EQS luxury electric sedan.EQS is loaded to the brim with the best that technology claims to offer and will sit at the very top of Mercedes' electric portfolio. Expect EQS AMG to be all about power.
By :
| Updated on: 31 Mar 2021, 08:59 AM 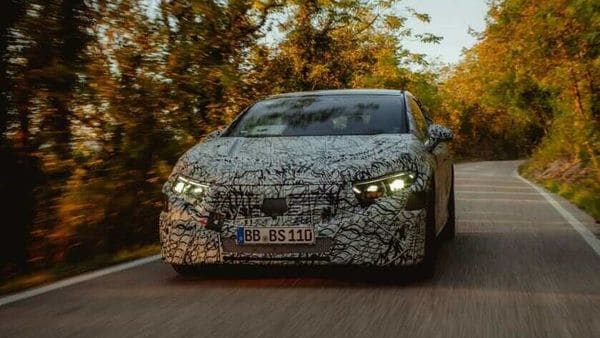 Mercedes is putting all its might into showcasing the EQS which will is likely to be the culmination of its electric ambitions.

Mercedes-Benz will flank its upcoming flagship electric sedan with an AMG-branded model that will compete with Porsche and Tesla Inc.’s high-performance battery cars.

The sporty version of the EQS will go on sale in the second half of this year, Philipp Schiemer, chief executive officer of Mercedes-AMG, told reporters. It will be part of a broader range of plug-in hybrid and electric cars coming from AMG.

“We want to tap new customer groups, attract younger buyers, for example, and more female customers," said Schiemer, who succeeded Tobias Moers at Mercedes-AMG last August. “We are transporting our hallmark DNA into an electrified future to lay the foundation for further growth."

At Porsche, demand for the Taycan, its first all-electric model, has shown buyers of iconic sports cars are ready for the electric shift. VW’s most profitable brand plans to boost Taycan sales to more than 30,000 cars this year, up from about 20,000 last year -- which was only just behind the brand’s Boxster and Cayman roadsters.

Mercedes is working on more eye-catching models to boost AMG’s electric cachet, such as the Project One hypercar that will feature Formula 1 hybrid technology, as well as a hybrid GT four-door coupe.

Carmakers have in recent years sought to boost sales at their lucrative sports-car divisions to help generate funds for the electric shift. Brands such as AMG and BMW M have been built around combustion-engine performance and will need to reinvent themselves to keep commanding premium prices and stay relevant in the electric age.

The EQS, which is being unveiled next month, will be built on Mercedes’ first underpinnings purpose-built for full-size electric vehicles, known as EVA. Schiemer declined to elaborate on a potential dedicated electric-car platform for future Mercedes sports cars, though Daimler has signaled it is working on such a plan. Vehicle platforms standardize certain key technology that can then be adopted for different cars to create scale effects and save costs.

AMG has developed a new battery layout for sports cars derived from its Formula 1 operations that features very high power density, Schiemer said. The new 400-volt battery has 560 cells that are surrounded by cooling liquid to consistently maintain an optimal temperature, no matter how many times it’s charged or discharged.

Demand for AMG-branded cars got off to a positive start this year in key markets including the U.S. and China, according to Schiemer. Sales held up well last year despite disruptions triggered by the Covid-19 pandemic and only declined about 5.6% to roughly 125,000 vehicles in 2019.

AMG will launch a fresh iteration of the brand’s SL roadster this year. It’s also broken ground on a new 5,000-square meter test center at its headquarters for electrified powertrains and other components.