US media has reported that 224 units of Lamborghini Urus have been recalled by the company to check possible faults with the child restraint system at the rear.
By : HT Auto Desk
| Updated on: 11 Aug 2021, 10:26 AM 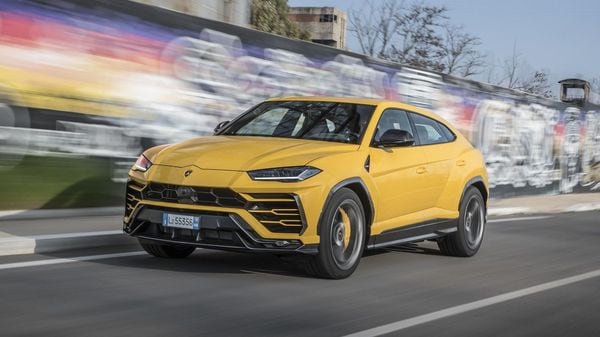 Lamborghini Urus has emerged as the most-successful model in recent times from the Italian supercar maker. Urus SUV has helped Lamborghini showcase a solid sales performance the world over but a recent recall in the US may become a bit of a blemish on its otherwise flawless run in global markets.

US media has reported that 224 units of Lamborghini Urus have been recalled by the company to check possible faults with the child restraint system at the rear. The recall affects Urus models manufactured between December 11 of 2020 and June 25 of this year.

It is reported that the possibly faulty seat belts were manufactured by Autoliv Group. The suspected problem is that the seat belt locks may open early if a child restraint system is used with it.

There have been no reports of any such malfunction resulting in an unfortunate incident but car makers mostly do not want to leave much to chance and hence the recall orders have been issued.

Just last month, Lamborghini celebrated the 15,000th Urus unit production - a solid sign of how well the company's first-ever SUV has been received. In the first six months of this year, a total of 2,796 units were delivered to customers across the world. And while China and the US remains the key markets for Lamborghini - followed by Europe, Urus has fared reasonably well here in India as well.

At a time when automotive giants are looking at developing and rolling out electric options, SUV body styles continue to march up in popularity charts. And while Lambroghini has ticked off SUV product from its To-Do list, it also has plans of offering hybid/electric models in the times to come.