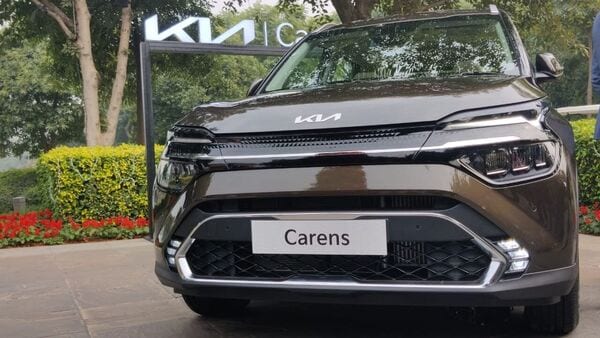 Kia Carens is positioned for customers with larger families.

Kia Carens was officially launched in India on Tuesday at a starting and introductory price of ₹8.99 lakh (ex showroom). The top-of-the-line variant of the Carens has been priced at ₹16.99 lakh (ex showroom). Carens is the fourth product from Kia India since its debut here in 2019 with Seltos, Carnival and Sonet being the other offerings. The company has so far received over 19,000 bookings in around a month since the reservation window was opened.

Carens is an India-specific product and is being manufactured at the company's facility in Anantpur. The three-row cross between an MPV and SUV - Kia refers to it as a recreational vehicle, will be exported to foreign markets from India at a later stage.

Kia is betting big on Carens and expects the vehicle to find favour among those looking for a people mover that is also loaded with features.

Carens now goes head on against a long list of rivals. While the vehicle will have a direct faceoff against Hyundai Alcazar and Tata Safari, it will also compete against the likes of Maruti Suzuki XL6 on the one end of the price spectrum and the Innova Crysta from Toyota Motors on the other. Then there are three-row SUVs like MG Hector Plus and Mahindra XUV700 to fend off as well.

Kia is offering Carens with three engine options. There is a 1.5-litre naturally aspirated petrol motor, a 1.4-litre turbo petrol unit and a 1.5-litre diesel engine as well. 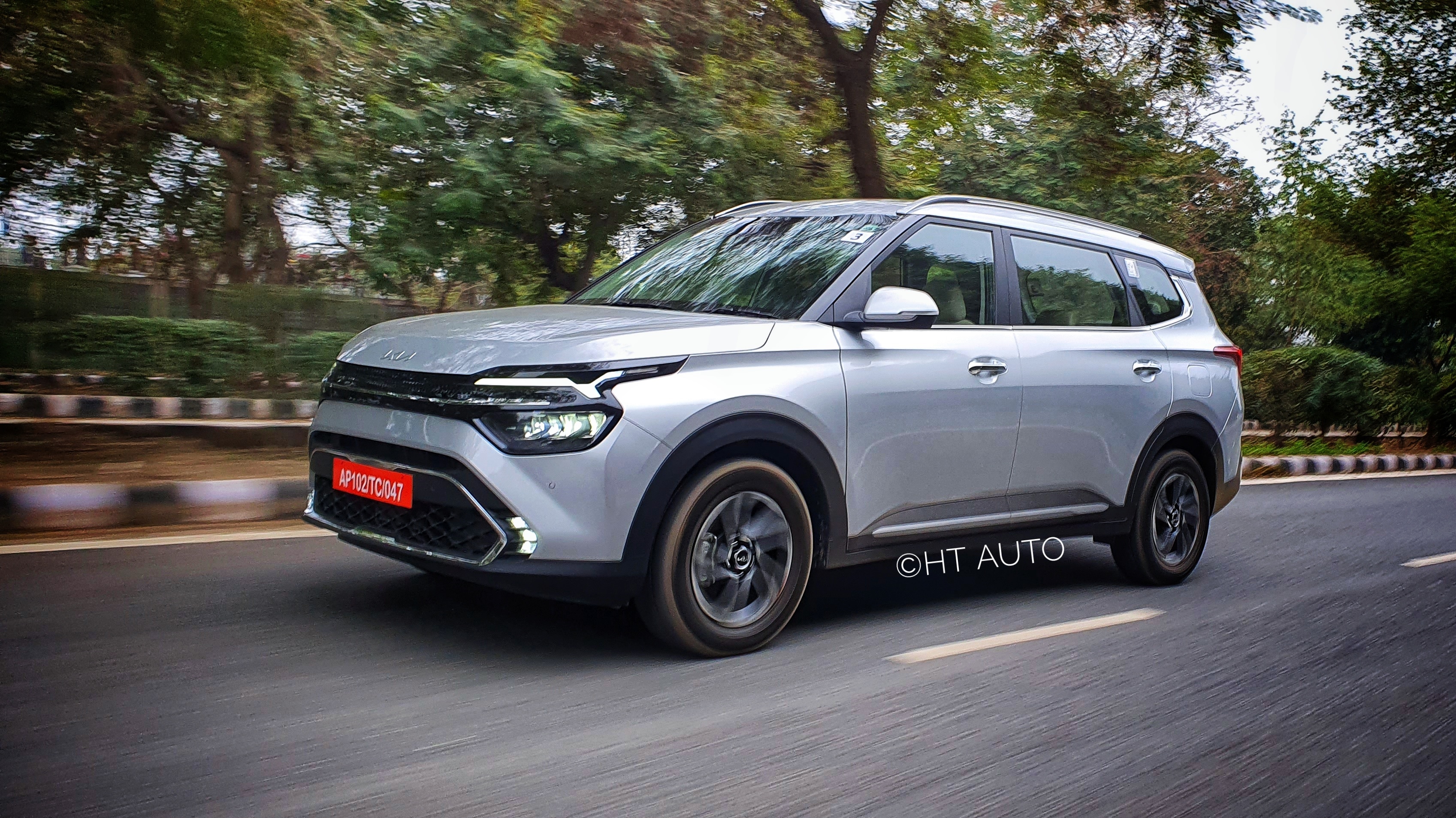 Carens ought to primarily woo buyers with large families who enjoy frequent road trips but also like a car that is loaded with features and is high on comfort.

Kia claims that the petrol engine inside the Carens helps it deliver up to 16.5 kmpl while the diesel motor returns around 21.3 kmpl per litre of fuel. 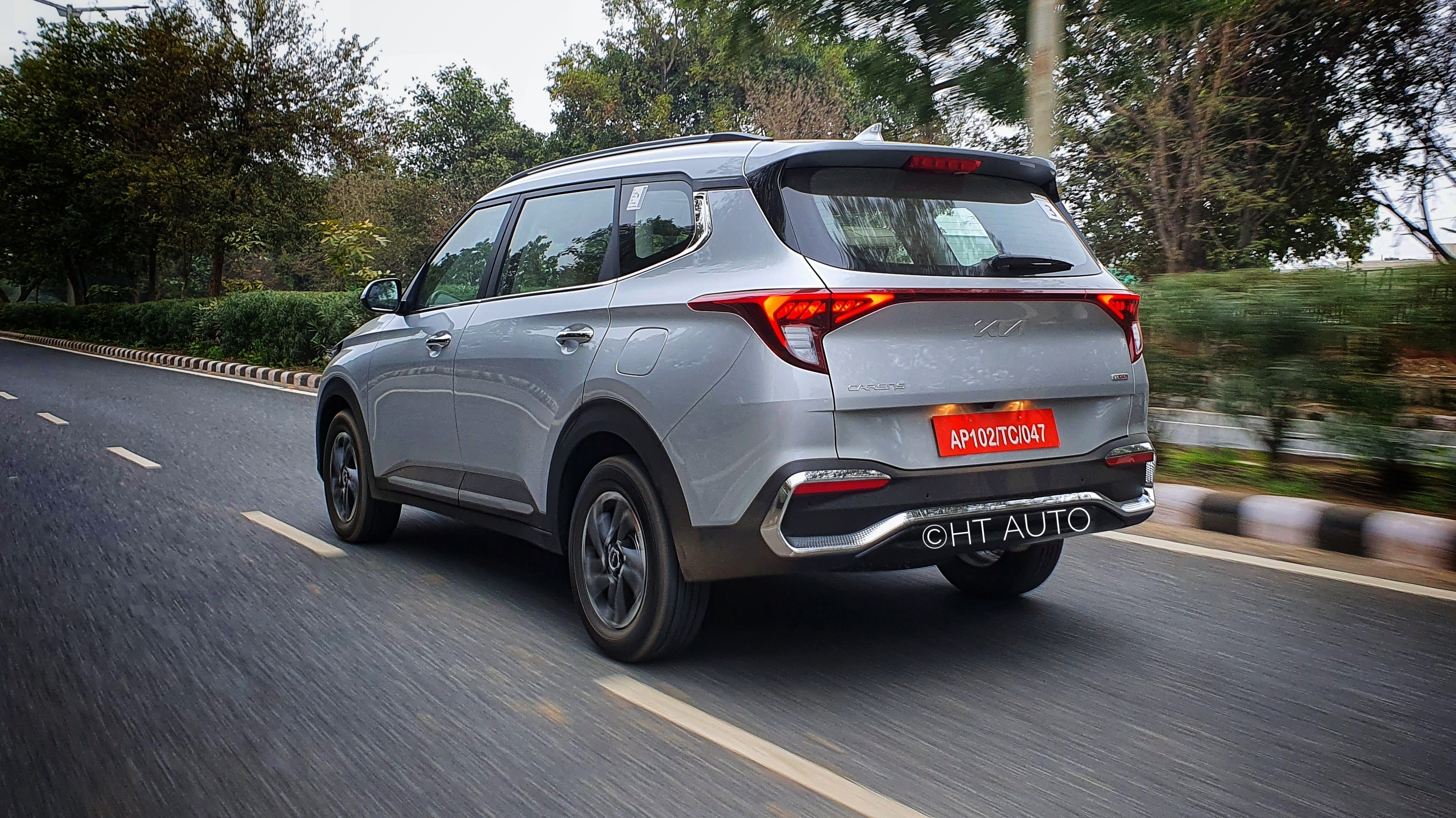 Carens is marginally longer, wider and taller than Alcazar from Hyundai.

There are eight exterior colour options to choose from as well.

The starring highlight of the Kia Carens is that it is being offered with six airbags as standard across all variants. 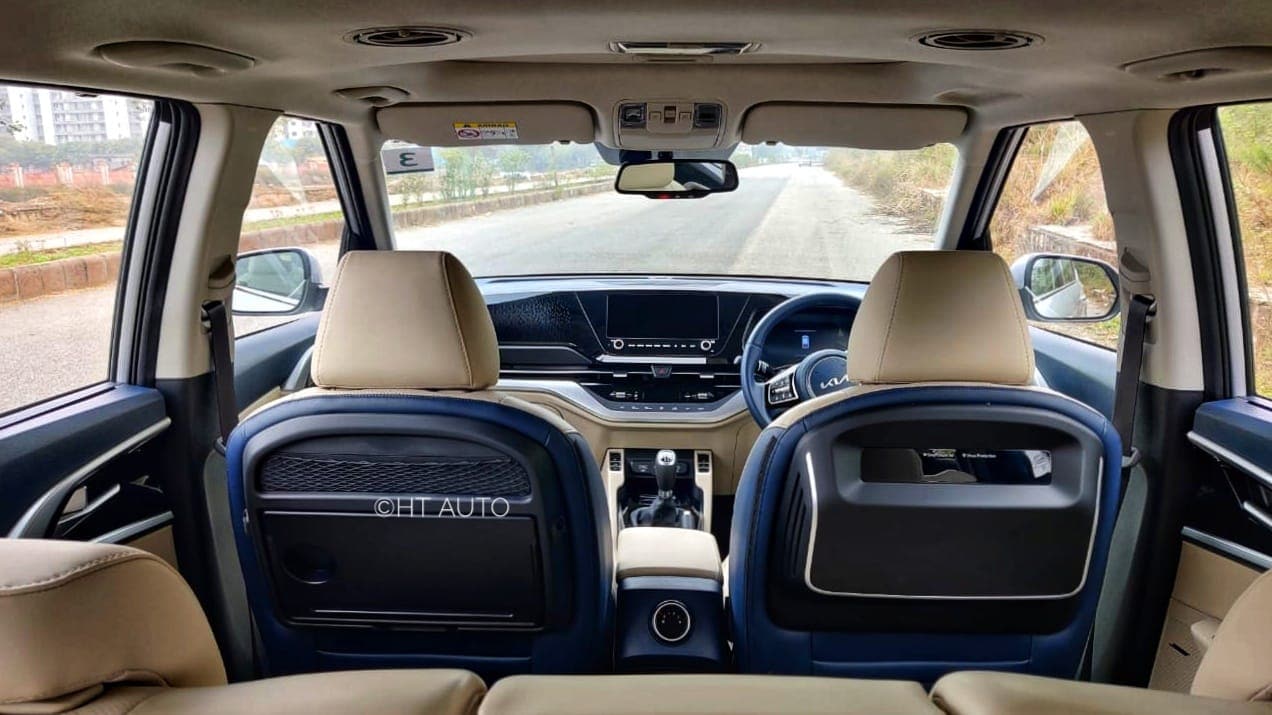 The top variants of the Kia Carens gets air purification system with virus and bacteria protection. The controls for the system are seen on the back of the driver seat here.

The vehicle also has decent levels of space for passengers in the second and the final row. A one-touch tumble down feature on the second-row seats allow for easy access to the final row space.

Kia is offering Carens in six as well as seven-seat layout.