Jeep Meridian vs Toyota Fortuner: Which SUV has the bigger bragging rights?

Jeep Meridian makes a solid style statement in an arena where Toyota Fortuner continues to make a power statement. And if the Fortuner benefits from its legendary good will, Meridian has the novelty factor behind it.
By : Shubhodeep Chakravarty
| Updated on: 25 May 2022, 11:42 AM 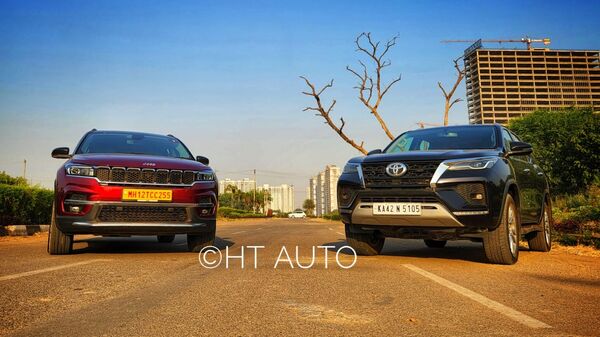 Jeep Meridian (left) is the latest SUV to enter the Indian car market in a segment that has long been dominated by Toyota Fortuner.

Toyota Fortuner has been the undisputed champion among large SUVs in the Indian car market and despite the fact that it has been around for well over a decade, remains a formidable player with the crown firmly on its head. Challengers have come and challengers have gone but hardly any have managed to even ruffle the feathers of the Fortuner. But there is a new SUV in town, one that has a rich lineage and claims of being a rugged off-roader with cabin comforts to match most luxury vehicles. The Jeep Meridian has been officially launched in the country as a three-row SUV and whether Jeep India admits it outright or shies away from it, the target is the Toyota Fortuner.

Challenging a time-tested warrior king is brave but is obviously isn't easy. While the Meridian does claim to have what it takes, however, to mount what may well be the biggest challenge Fortuner has ever had to face in India will take every ounce of automobile ingenuity and then some more.

We drove out the Fortuner to Chandigarh recently when Jeep invited us for the first-drive experience of the Meridian and pitted the two large SUVs against each other. There are obvious similarities in intent to woo and wow buyers but the contrasts between Meridian and Fortuner are also quite stark.

Here's a quick look at what to expect from each of the two vehicles:

One of the key reasons behind the success of the Fortuner in the Indian car market has been its big road presence. It is a large SUV that knows it and doesn't mind flaunting its muscles. Park the Meridian next to it and the bigger dimensions of the Fortuner becomes even more evident.

But if it is sophisticated style that one prefers then the newer SUV of the two sure has the edge. Meridian is more than likely to benefit from the novelty factor but even beyond this, it does look smarter than the Fortuner which seems to have always prioritized masculine and butch visual cues. 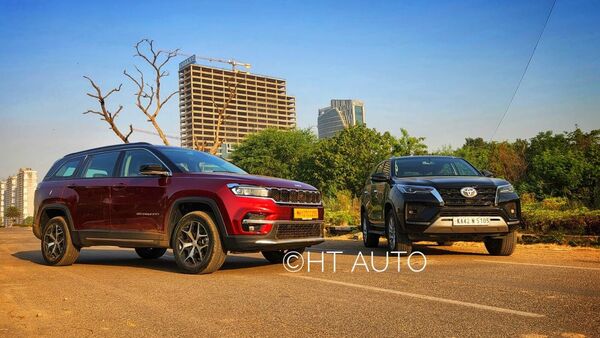 Meridian is more compact of the two vehicles but it is more stylish to look at whereas Fortuner continues to benefit from its dominant road presence.

Verdict- Looks are always subjective and in that sense, it is even stevens between the two models.

If you are looking for a petrol-powered SUV, then the Meridian is off your list immediately. This is because the Jeep gets a 2.0-litre turbocharged diesel engine that offers 167 bhp and has 350 Nm of torque.

In the real world, the Fortuner surely has more pulling power and muscles its way forward with a characteristic sense of disdain much admired by the intended target audience. But if it is refinement that you want, the Meridian has loads and loads of it. The nine-speed automatic too is buttery smooth to help matters.

Verdict - Both models come with AWD option and are capable of tackling tough terrains. On paper though, the Meridian may have a slight advantage and the fact that it is more refined on regular roads gives it an edge over Fortuner.

Both Meridian and Fortuner are three-row SUVs and in that sense alone, there is a whole lot of space within the cabin. The space in the second row are comparable in terms of knee room, leg space and head room. However, the Meridian is the more comfortable of the two in terms of seat cushioning and benefits from a vastly premium feel. A look at the dashboard layout inside the Jeep Meridian.

Where the Jeep SUV loses out big time though is in the final row. Not that Fortuner offers miles of space here but the jump seats are far more practical than the bench seats on the last row of the Meridian where there is a very palpable sense of claustrophobia.

Verdict - If the third row seating is just an optional extra at best and the focus is on having a premium experience on the move, the Meridian has its nose ahead. But if packing a large family on frequent highway trips is going to be the norm, Fortuner has the advantage.

Meridian clearly races ahead in terms of feature list on offer. Being the newer SUV, it benefits from studying what its rivals offer and then offering some more. While both Meridian and Fortuner have some great convenience features like ventilated front seats, automatic climate control, large infotainment screen and cooled glovebox, the Jeep SUV adds on to the list with a panoramic sunroof, wireless phone charger and ambient lighting. The 10.1-inch main touchscreen is also larger than the one on the Fortuner. Do note here though that the Fortuner does get wireless phone charging, ambient lighting and kick-to-open powered tailgate in the Legender variant but this variant is far more premium in terms of pricing. 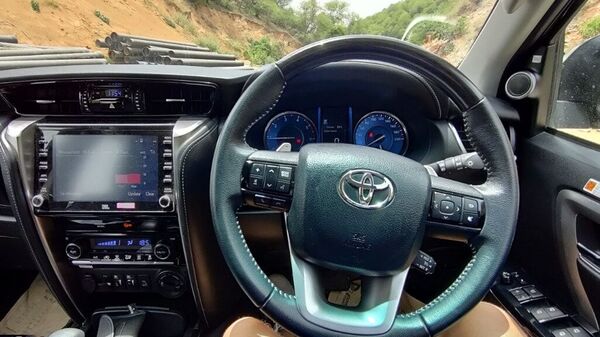 The Fortuner feature list is rather bare unless one opts for the Legender or GRS variants which, by the way, are priced significantly higher than the Meridian.

Meridian has been launched at a starting price of ₹29.90 lakh (introductory, ex showroom). This base pricing means Meridian is more affordable than Fortuner and even the MG Gloster. As one goes up the pricing chart, the fully-loaded Jeep SUV settles at ₹36.95 lakh for the AWD with auto transmission. 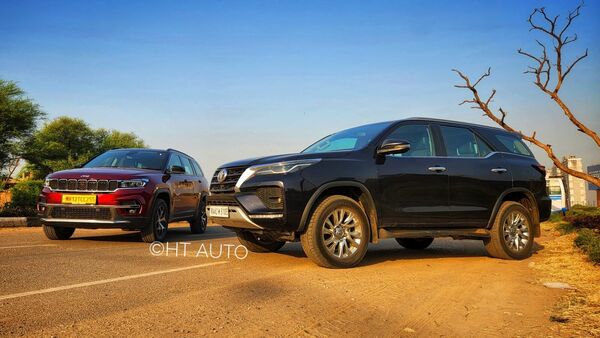 Verdict - Even though introductory at present, the pricing of Meridian is mighty aggressive and ought to hold the SUV in good stead. The Jeep model will benefit from being the newest SUV around but even once the buzz settles, its premium cabin, impressive feature list and sophisticated drive traits will shine on.

But with Fortuner, one can expect a robust post-sales service network, a high resale value and a rugged character much liked by many SUV-buying customers. The imposing road presence and practical third-row set up work in its favour as well.