Home Auto Cars News Is This Concept Suv Yet Another Chinese Copycat?

Is this concept SUV yet another Chinese copycat? 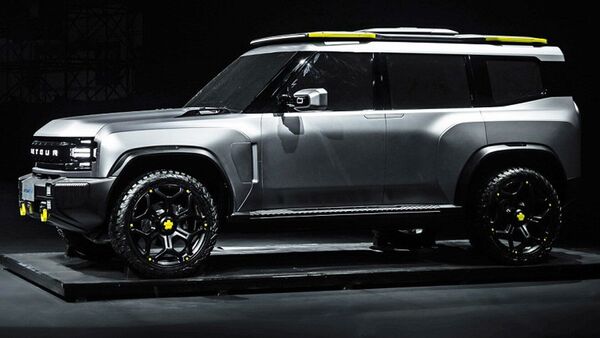 The front profile of the Jetour T-X concept SUV appears to take been taken from Ford Bronco, while the side profile and rear look like taken inspiration from the Land Rover Defender. (Image: Xincheping)

Chinese automakers have long been accused of stealing and copying the design of other global automakers. The latest Jetour T-X concept SUV looks like the latest addition to the list. Expect the production version of this off-roader to come carrying similar styling. The concept is also featuring adaptive suspension and an all-wheel-drive system with a differential lock.

With the all-black windows, the Jetour T-X appears to be a static full-scale prototype developed for showcasing purposes. This means this concept SUV doesn’t have an interior or a functional powertrain.

Jetour claims that the T-X is based on the auto brand's new Kunlun platform that has been developed by Chery. The production SUV would receive the automaker's Kunpeng plug-in hybrid powertrain. The SUV is claimed to be capable of running a combined range of 1,000 km. Also, it will have an average fuel consumption of just 1.0 lt/100km.

The SUV is expected to enter production sometime in 2023. It plans to launch one or two new models every year in the SUV, pickup and MPV segments.