Tiago may have flashy and macho siblings in the form of Altroz, Harrier and Safari. But as one of the youngest members of the Tata Motors family - in terms of dimensions at least, it claims to have set its priorities right.
By : Shubhodeep Chakravarty
| Updated on: 25 Jul 2022, 09:29 AM 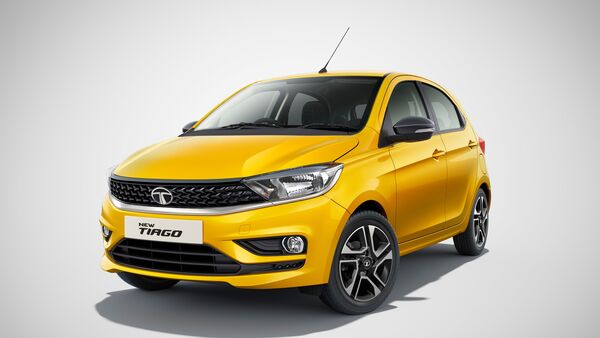 Tata Tiago has been able to reinvent itself in the past six years since first launch, courtesy CNG, styling updates on the NRG version and more.

It is no secret that Tata Motors in recent times has bet big on its lineup of SUVs. The likes of Harrier and Safari are pulling in the crowds and are much admired for their contemporary styling and drive capabilities. Aimed straight at the aspirational Indian buyer, both models are heavyweights in their own right and combined with the veteran Nexon, are crucial volume drivers. But at the very bottom of the Tata Motors' product pyramid is a car that has seen it all and almost done it all as well. The Tiago may not be anywhere close to being as large and menacing as its SUV siblings - or as stylish as the Altroz premium hatchback either. But it is also catering to an entirely different car-buying audience, one that tends to prefer a car with basics done right rather than outright flashy statement on wheels.

First introduced in the Indian market back in 2016, Tiago had an arduous tasks of taking on well-entrenched players like Maruti Suzuki Alto, WagonR, Celerio, Hyundai's Grand i10 and Renault Kwid. The shift in preference towards SUV body style was well under way but small and entry-level passenger vehicles still had the lion's share in the overall sales in the market. Skeptics and critics combined to cast aspersions but Tiago beat against the odds with four lakh units sold in its first six years. 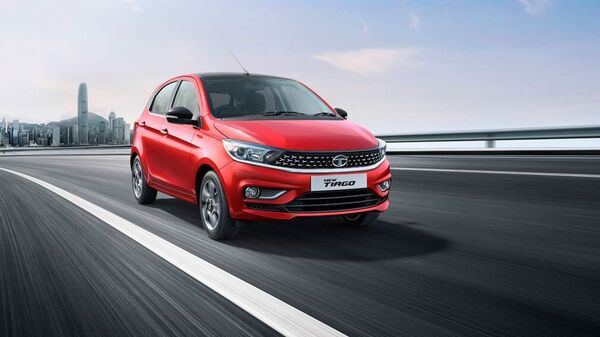 Tata Tiago is powered by a 1.2-litre Revotron petrol engine and comes with both manual as well as automatic transmission choices.

So what is it about the Tata Tiago that helps the model not just take the fight to rivals but find favour among potential buyers? Here are excerpts from an interview with Rajan Amba, Vice-President for Sales and Marketing at Tata Motors - Passenger Vehicle division. 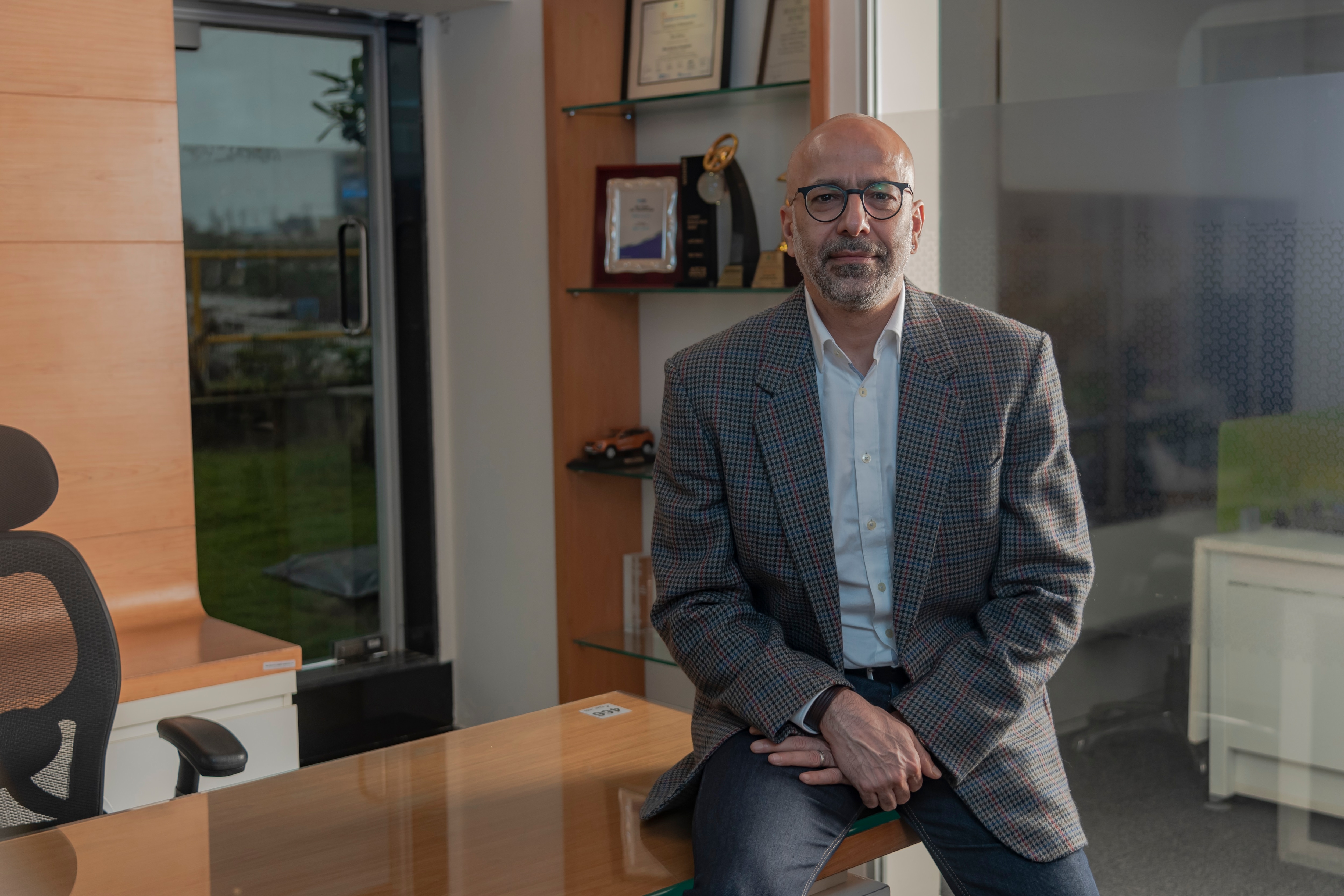 Rajan Amba of Tata Motors swears by the values that the brand and the company stands for while being acutely aware of evolving customer needs.

HT Auto: With several premium models coming in from Tata Motors camp, where and how does Tiago fit into the product portfolio of Tata?

Amba: In India and in this car industry, if you want to be seen as a player for the larger market and for the regular Indian who wants to buy the first car, having a vehicle like a Tiago, and having those price points, become critical. People want to know if you are a brand for them or just catering to certain levels on upper end. It’s about having a holistic portfolio and being meaningful as a brand.

HT Auto: With prices across passenger vehicle segment going northwards, is the entry-level segment in which Tiago competes more at risk of possibly losing customers?

Amba: Nobody in the industry wants northward movement of prices. But this north-ward situation is happening and it is beyond our control. Tata Motors hasn’t taken the kind of price increment as rest of the industry has. We have tried to be as nuanced and authentic to buyers.

When such price escalations happen, last part of customer base will move upwards. A certain segment will say it is no longer affordable and puts it (car-purchase decision) off and wait for more than a year or two. But thankfully, the first part of that base is still pretty strong. And with our balanced-approach in price increases and portfolio as well as intro of CNG in Tiago, we have been more than able to sustain our volumes

HT Auto: With a clear move in preference towards SUV body type, and with Punch priced closed to Tiago, how do you see Tiago paving its way forward?

Amba: There is certainly a big market in the segment in which Punch is in, and for its success. Even Tiago has continued to grow. As long as there’s a consumer segment for those price brands, having two products in similar price band is not too much of an issue. You can have an SUV as well as true-blood hatch at similar prices. And the choice is yours, it sounds better for customers. Pricing for the Tata Punch (in pic) starts at ₹5.93 lakh while the base variant of Tiago is at ₹5.39 lakh (ex showroom)

HT Auto: How does Tiago balances between aspirations of new-age customers while still being a value-for-money proposition?

Amba: In any segment, if you ask a customer what all they need, they will throw the kitchen sink as far as what features they want. But you know the answer when you ask them how much they are willing to pay for it.

For a brand, it is important to first be cognizant of what they stand for – I stand for design and safety and that’s why they come to me. So I’ve got to build my feature set based on what I stand for and I think that’s what we are doing.

It is important to marry what customer wants with what we stand for. It is about how much more relevance I can give in that price proposition.

HT Auto: There's much talk about safety features and possibility of having six airbags mandatory in all cars irrespective of variants of each model. How could the resultant price increase then affect a Tiago buyer vis-a-vis say a Safari buyer?

Amba: This is where the strength of the brand and the communication that you create around safety becomes important. And for those who have created that platform around safety, it is an easier bridge for the consumer to understand. 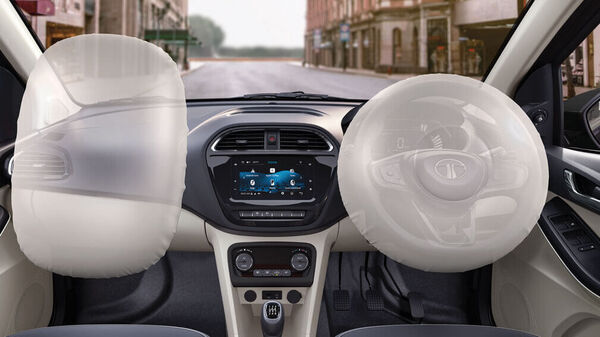 At present, Tiago is equipped with two airbags, ABS with EBD, rear-view camera, among other safety highlights. It also has a 4-star safety rating from Global NCAP.

It will put pressure on that price segment, yes. But there’s still going to be a market. The pie may shrink but this is where the strengths of the brand comes in.