i20 N Line to Seltos X-Line and more, top-five cars launching in September

From mass-market to luxury and EVs, options for buyers are all set to expand exponentially ahead of the festive period.
By : HT Auto Desk
| Updated on: 26 Aug 2021, 12:25 PM Some of the cars launching in the Indian market in the month of September.

Get ready for an action-packed September in the Indian automobile industry as a number of key launches are lined up for the month in a bid to woo and wow prospective buyers. The festive period always is the most exciting for the Indian automobile sector and despite the omnipresent threat of Covid-19 still very real, new and updated cars could indeed rev up sentiments higher.

Here are some of the key launches lined up - or expected - in the month of September:

Hyundai i20 N Line has already been showcased and will be officially launched in the country on September 2.

The i20 N Line promises to offer a sportier version of the popular Korean hatchback and while it may command a price premium, it does claim to look more striking with subtle updates to its drive traits.

This car will be the first of several N Line models lined up by Hyundai for the Indian market.

Taigun will be officially launched in India on September 23. The compact SUV is carrying the weight of a whole lot of expectations and while it will compete against some very well-entrenched rivals, is also being backed by Volkswagen build quality.

Volkswagen claims Taigun is a result of careful assessment of Indian conditions and expectations of buyers here. To be offered in two petrol engine options, the Taigun could be a viable option for someone looking at a mid-size SUV.

Seltos has been a massive success for Kia in India since the Korean company entered the market with it back in 2019. It has propelled sales and put Kia in a position of strength but there is no denying the product has been facing heat in recent times from newer and updated rivals.

While it may be a variant update, the Seltos X-Line is quite the looker and could once again spark a whole lot of interest in the vehicle.

Kia has not officially revealed a launch date but it is expected that the pricing will be announced first week of the next month. 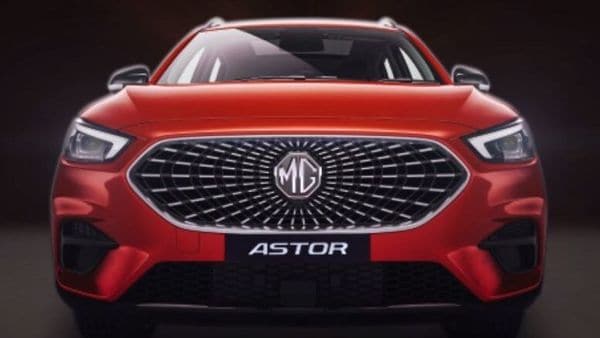 MG Astor will be placed as the most affordable car in the company's portfolio.

MG Astor SUV will be a conventional ICE counterpart of the MG ZS EV in India but there's a whole lot that the car maker is promising with the new vehicle.

In terms of exterior design, there may be some subtle highlights to distuingish it from ZS EV but in the cabin, expect a lot more. Astor SUV will come as the first car from the brand with an Artificial Intelligence (AI) powered personal assistant system. The SUV will also come with autonomous Level 2 technology onboard. (Read more here)

The launch of MG Astor is expected in the later part of September.

Audi is doggedly determined to expand its EV portfolio in India and after driving in the e-tron and e-tron Sportback here, is all set to now offer e-tron GT.

Internationally, the car is present in two trims including the standard e-tron GT Quattro model and a performance-oriented RS e-tron GT. With the launch of the new model, Audi India will become the only luxury car maker in the country to have up to three fully electric models on offer.