Huawei Aito M5 is the second car from the smartphone manufacturer. The plug-in hybrid SUV claims it can offer a range of almost 1,200 kilometres.
By : Sabyasachi Dasgupta
| Updated on: 29 Dec 2021, 01:30 PM 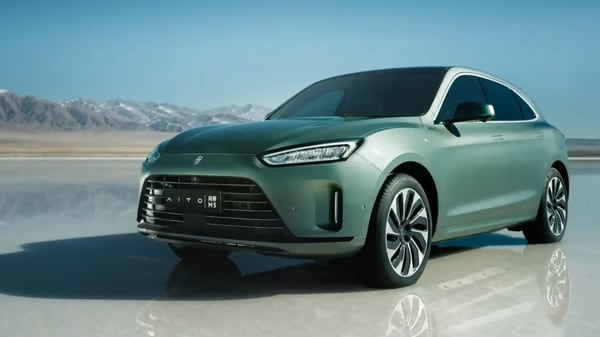 Popular Chinese smartphone manufacturer has launched its second car as the tech giant ventures into the electric vehicle business. The company recently launched the Auto M5 plug-in hybrid SUV in China. It has already received bookings for over 6,000 units in just first five days.

The M5, Aito's first luxury smart electric SUV, is jointly developed by Huawei along with another Chinese brand Seres, which his part of Chongqing Sokon. The SUV also comes with Chinese tech giant’s HarmonyOS operating system.

The Huawei Aito M5 SUV comes with a wheelbase of 2.88 meters and a length of 4.77 meters. The design of the SUV seems to be inspired from Porsche Macan with several similarities in its appearance. From the front, the SUV stands out for the large and ragged headlights, large wheel arches for the alloy wheels and the rear light clusters that occupy the entire tailgate.

The M5 also has a very spacious interior. It is dominated by a 15.6-inch touchscreen infotainment system which comes with a Huawei operating system. The interface on the display runs on the Harmony OS system, with the option of split-screen, 3D face recognition, unlocking the car using an NFC chip in a Huawei watch or automatic Huawei ID login. 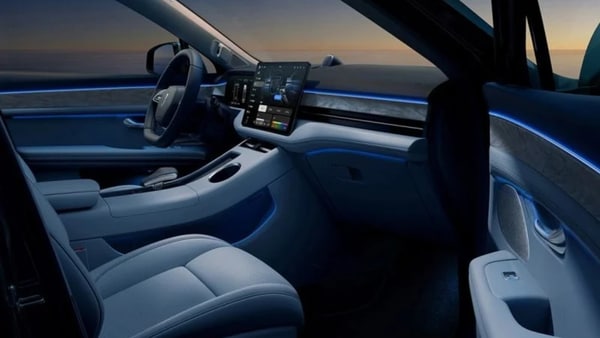 The interior of the Huawei Aito M5 plug-in hybrid SUV.

The instrument cluster is also a 10.4-inch digital display. The company has also added a camera on the left pillar of the windshield to monitor the driver's alertness at all times as a safety feature.

Huawei Aito M5 also has a 1.5-liter turbocharged four-cylinder engine that delivers 125 hp, although it only works as a generator to recharge the 40 kWh battery pack. The company claims that the SUV can return an overall range of 1,195 kilometres. It also claims that the SUV can accelerate from zero to 100 kmph in just 4.4 seconds.