Honda Amaze facelift is scheduled to be launched in the country on August 18.Honda recently opened pre-launch bookings for the new sedan for a token amount of ₹21,000 at dealerships and for ₹5,000 on the company's online sales platform.
By : HT Auto Desk
| Updated on: 05 Aug 2021, 01:20 PM 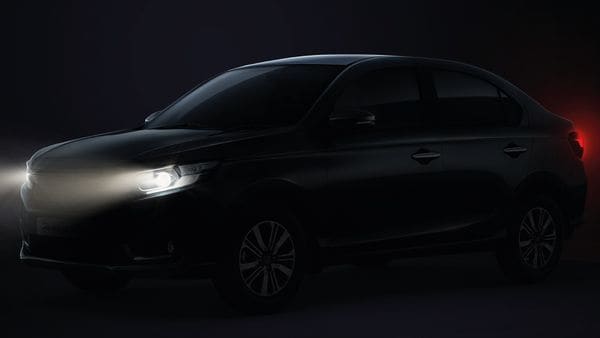 Honda Amaze has been a solid performer for the company in the Indian car market.

Honda Cars India on Thursday announced that it has started mass production of the facelift version of Amaze sedan at its manufacturing plant in Tapukara, Rajasthan. Dispatches of the new family sedan have also commenced. The facelift Amaze is scheduled to be launched on August 18.

With the production ramp-up, Honda aims to ensure that the vehicle is available across all its networks from the time of the launch. The company's Senior Vice President and Director - Sales and Marketing, Rajesh Goel, said, "(The company is) confident that the new Amaze with its more premium and sophisticated offering will appeal to customers and be the perfect choice for their families."

Honda recently opened pre-launch bookings for the new sedan for a token amount of ₹21,000 at dealerships and for ₹5,000 on the company's online sales platform. Facelift version of the company's largest-selling model here will come with updated exterior and interior, though the design will be largely similar to the outgoing model.

Its front and rear bumpers will get a reworked appearance while the front grille too will get a new styling. The image revealed by the company also shows the new Amaze features new alloy wheel designs and an updated LED projector headlamp and LED taillight. Facelift Amaze's cabin will get updated seat and upholstery materials apart from some additional features.