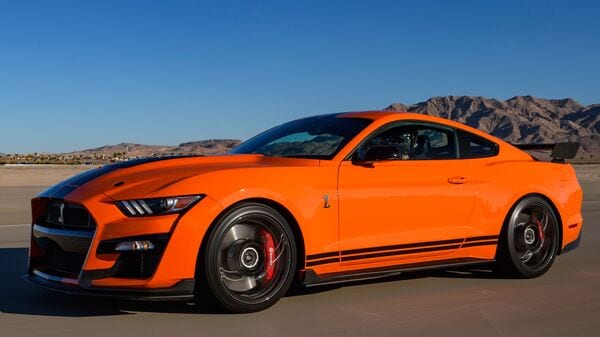 Ford Mustang is one of the bestselling sportscars in the world.

The confirmation came from none other than Ford CEO Jim Farley, who wrote on his Twitter handle that he would be unveiling the car on the said date. Speaking about the car, Farley wrote, "Excited to confirm that we’ll unveil the all-new, seventh-generation @FordMustang September 14 at the Detroit Auto Show. It’s a stunning car and I’m excited to share it with the world! #SaveTheManual."

Excited to confirm that we’ll unveil the all-new, seventh-generation @FordMustang September 14 at the Detroit Auto Show. It’s a stunning car and I’m excited to share it with the world! 🐎 #SaveTheManuals pic.twitter.com/d2kdQioBWY

Speaking about the car, besides a manual gearbox, Ford Mustang seventh generation model will also confirm a V8 engine. However, the US auto major is yet to confirm the specific motor size of the car. Expect the car to get a mammoth 5.0-litre V8 onboard. In fact, the EcoBoost and 5.0-litre engines may be carried over from the current generation model, at least initially. This would mean that the power output would be close to the current lineup. In that case, the GT would churn out around 460 hp, while the EcoBoost's 2.3-litre four-cylinder mill will pump out 310 hp of peak power.

Ford Mustang is one of the most iconic and most popular models from the brand. The car with the prancing horse logo is expected come carrying some signature design language in its seventh generation avatar as well. These would include the iconic taillights, with LED treatment though. Apart from that, expect the front grille and headlamps too to come carrying some signature styling philosophy associated with the car.