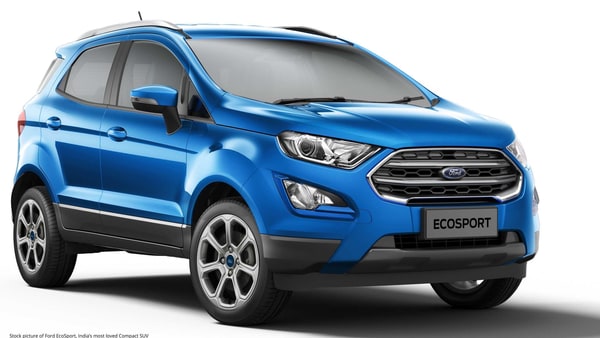 Ford India has silently hiked pricing of the EcoSport subcompact SUV in the Indian market. All the variants of the SUV have now become dearer by ₹1,500. The company's official website suggests that the new pricing has already come into effect starting from October 1.

Following the latest price revision the Ford EcoSport now starts from ₹8.19 lakh and extends up to ₹11.73 lakh (ex-showroom, Delhi). The company had previously increased prices of the EcosSport earlier in July this year. Back then, the SUV became costlier by up to ₹13,500. In August, even the Ford Endeavour became dearer by up to ₹1.20 lakh.

The EcoSport is currently offered in a total of six variants including Ambient, Trend, Titanium, Thunder Titanium+, and S. For the record, 'Thunder' is a special trim which was launched in 2019 and remained on sale ever since.

Under the hood, the EcoSport SUV comes with a choice of both petrol as well as diesel engine offerings. There is a 1.5-litre 3-cylinder unit and a 1.5-litre 4-cylinder motor, respectively. While the former churns out 120 bhp and 149 Nm of peak torque, the latter is known to deliver 99 bhp of power and 215 Nm of peak torque. Its transmission options include a 5-speed manual gearbox, and there is also a 6-speed automatic torque converter unit which is limited to the petrol variant.