Ford Motor Co. will fail to meet European limits on greenhouse-gas emissions this year, forcing the company to pool its fleet with another automaker to avoid paying a fine.
By :
| Updated on: 15 Oct 2020, 07:34 AM 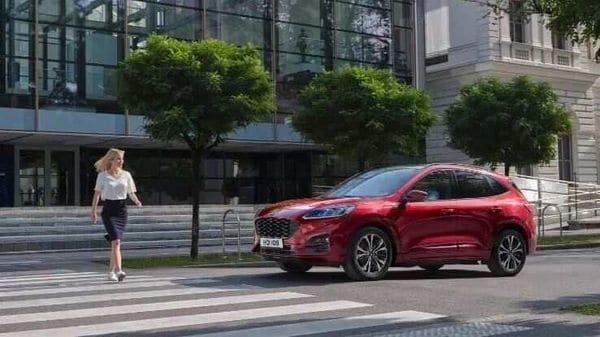 Ford Motor Co. will fail to meet European limits on greenhouse-gas emissions this year, forcing the company to pool its fleet with another automaker to avoid paying a fine.

Ford will fall short because of a recall of plug-in hybrid sport-utility vehicles, it said Wednesday. The carmaker is recalling 20,500 Kuga SUVs in Europe after seven caught fire while charging.

The company stopped selling the model in European countries in early September, and it’s delaying until next year the launch of the mechanically similar Escape plug-in hybrid in the US.

“We expected to comply with the new regulations, even factoring in Covid-related disruption to our manufacturing," Ford said in a statement. “However, the current issues with the Kuga PHEV resulting in a stop-ship and stop-sale have affected our plan."

One possible partner is Renault SA, Dan Levy, an analyst at Credit Suisse with a neutral rating on Ford’s stock, wrote in a note to clients Wednesday. The French automaker has filed notice with European regulators that it is open to pooling emissions with others.

Ford declined to comment on whether it plans to achieve the C02 targets on its own next year.

Plug-in hybrids like the Kuga and the Escape are a key part of Ford’s strategy to spend $11.5 billion electrifying its lineup as it makes the transition to battery-powered vehicles. The automaker is scheduled to begin building its electric Mustang Mach-E in Mexico later this year, but that model won’t go on sale in Europe until 2021.

The EU rules taking effect this year force manufacturers to reduce the average emissions of all the cars they sell in the region to 95 grams of CO2 per kilometer or face hefty fines. As a result, companies are accelerating the introduction of a range of new plug-in hybrid and fully-electric vehicles, while at the same time countries -- including France, Italy and Germany -- have boosted consumer incentives to buy low- or zero-emission models.

Sales of battery-powered vehicles tripled in Europe in the first half of the year, helping to cut CO2 emissions of new cars by 9% to 111 grams per kilometer, the steepest drop in more than a decade, according to a report by researcher Transport & Environment.

PSA Group and Volvo Cars, along with BMW AG and Renault, were among carmakers on track to meet the new emission rules, according to the report. Ford was also on the cusp of achieving the standards before it recalled the plug-in Kuga hybrid.

Ford said it anticipates exceeding CO2 targets on the light-commercial-vehicle side of its business and has registered to pool with other automakers to help achieve the standards in that segment.