Home Auto Cars News Ferrari Omologata, With A V12 Engine, Is A One Off Ode To All That Is Ferrari

Ferrari Omologata, with a V12 engine, is a one-off ode to all that is Ferrari When it comes to one-off rare vehicles meant to be an absolute dream addition in the garage of a wealthy car collector, Ferrari knows just how to present a diamond on four wheels. And while the Ferrari Omologata may not have emerged from the core of Planet Earth, it is almost as gleaming, has the exquisite cuts and with just one unit showcased, is as rare as a diamond. If not more.

Commissioned by a client in Europe, Ferrari Omologata is based on its 812 Superfast and is now the 10th V12 front-engined super-exclusive offering from the Italian car maker. Much like all other one-off specially-commissioned Ferraris, the Ferrari Omologata looks absolutely stunning and while not every highlight has been revealed, it does get a razor-sharp visual profile and a new shade of red was specially created for the livery to match the triple-layer Rosso Magma over the darkened carbon -fiber. 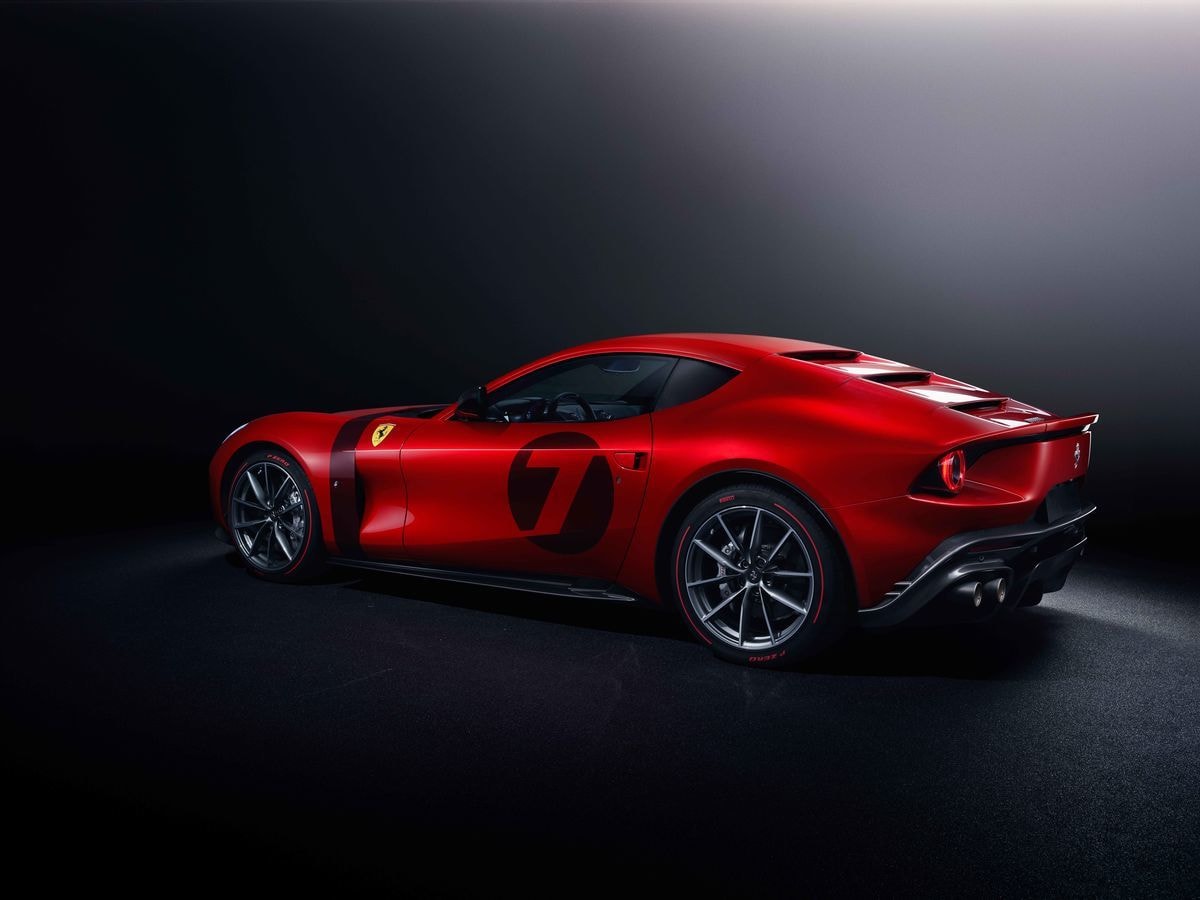 Step inside and the rich heritage of Ferrari combines with the special car's own unique identity. Multiple trim details adorn the electric blue seats which are done in a combination of leather and Jeans Ande fabric with four-point racing harnesses. The interior otherwise is largely black. And while Ferrari has not release any images of the cabin, it informs that the metal parts on the dashboard and steering wheel are finished with the crackled paint effect - reminiscent of GT racers of the 1950s and 1960s.

Additionally, the car features hand-crafted aluminium bodywork and it took over two years to complete from the initial presentation of sketches, starting with images that covered a variety of inspirations. Ferrari adds that the idea was 'to create a futuristic design with distinctive elements reinterpreted in a fresh manner to provide potential for a timeless shape that is certain to leave a lasting impression.'