While there are no confirmed plans or plans in the work just yet, GM Defense President says the capabilities of Hummer EV could make it a deadly addition on battlefields.
By : HT Auto Desk
| Updated on: 21 Jul 2020, 04:05 PM 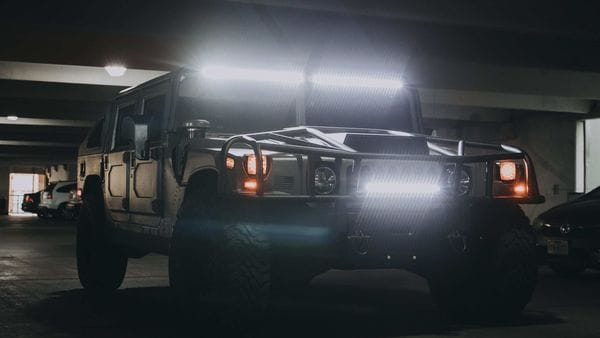 Humvees were originally engineered, produced and used in US military operations and were raved for their all-terrain abilities and strong armour. Short for High Mobility Multipurpose Wheeled Vehicle, these vehicles would eventually enter the commercial space and became iconic in the 1990s with celebrities lining up for a buy. Things turned sour by around 2007 when the fuel guzzlers just did not make practical sense, forcing GM to eventually disband it only to announce in 2019 of its plans to give it an electric rebirth. And the Hummer EV may eventually return to its legacy of serving in conflict zones.

The prospect of Hummer EV joining active military service at some point in time after the commercial launch of the vehicle was touched upon by David Albritton, President at GM Defense. In an exclusive interaction with GM Authority, Albritton said that Hummer EV could make for a powerful ally for capable mobility in sensitive zones. "GM has announced that it is coming out with a Hummer battery electric truck in 2021. It’s a full-size truck with 400 miles of range, 1,000 foot-pounds of torque, a very highly-capable vehicle. That could provide a great base platform for an electric vehicle to be used in the military context," he was quoted as saying.

Albritton also reportedly pointed out that there is no such move in the offing presently but that GM Defense could rise to the challenge if such a move manifested.

GM Defense recently won a contract to supply US Marines with Infantry Squad Vehicles (ISVs). These ISVs are based on 2020 Chevrolet Colorado ZR2 midsize truck architecture and the company claims they can provide swift transportation options for a nine-member squad under fire and are light enough to be transported by Blackhawk choppers or can even fit inside a C4-47 Chinook. It further claimed that maintenance costs would be low and spare parts easily available because the Colarado is a common sight on US roads. (Full report here)

The same may not be the case with Hummer EV if the military does induct it at some point in time in the future. While EVs mostly are easier to maintain, GM will first have to assess the Hummer EV's success in the commercial market.