Powered by a 186 hp, 2.8L Duramax turbo-diesel engine and boasting of a six-speed auto transmission, the GM Defense ISVs claim to be capable of handling tough terrains while being small enough to be transported by choppers.On ground, these ISVs can quickly transport nine soldiers across battlefield.
By : HT Auto Desk
| Updated on: 30 Jun 2020, 03:40 PM 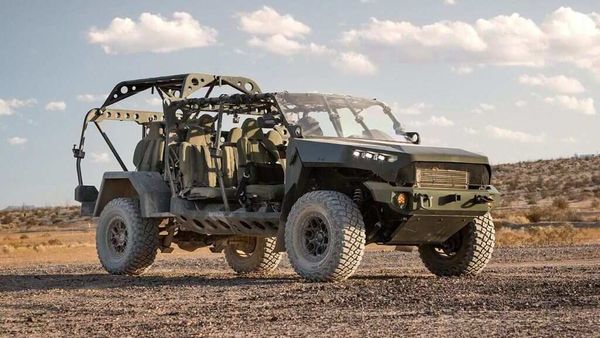 Based on 2020 Chevrolet Colorado ZR2 midsize truck, the ISV claims to be capable yet easy to maintain and will have a global supply chain. (Photo courtesy: GM Defense)

GM Defense recently announced that it had won a contract worth $214.3 million to manufacture Infantry Squad Vehicles required by the US Army. GM Defense, a subsidary of General Motors, also stated that the contract is for the first batch of 649 such vehicles while the overall approved requisition objective is for 2,065 vehicles.

Infantry Squad Vehicles or ISVs are reportedly an essential part of US Army's requirements for rapid transportation needs of a small contingent of troops. Its swift transport capabilities are matched only by its smaller proportions that allow for it to be either slinged to a Blackhawk chopper or taken as a whole inside a C4-47 Chinook. ISVs, therefore, end up providing a lot of versatility to how these move troops or can be moved themselves.

At the heart of it all is a 186 hp, 2.8L Duramax turbo-diesel engine which is mated to a six-speed automatic transmission. 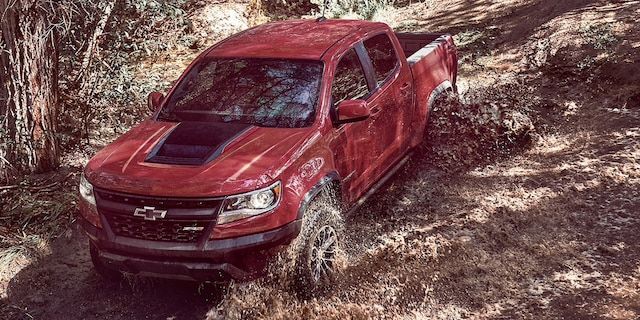 The ISV from GM Defense is based on 2020 Chevrolet Colorado ZR2 architecture. (Photo courtesy: Chevrolet)

GM Defense highlights its ISVs as machines capable of assisting quick ground mobility and light and agile enough to transport a nine-member squad through a battlefield. Based on 2020 Chevrolet Colorado ZR2 midsize truck architecture, the ISVs leverages 90 percent commercial off-the-shelf parts. The company underlines that the capabilities of Colarado have been proven time and again in desert races which means that the ISVs can test grueling conditions while being easy to maintain and have a global supply chain. "Winning this Army award is well-deserved recognition for the hard work and dedication of our GM Defense team and their production of a fantastic vehicle. We are confident the GMD ISV will meet and exceed all of our customers’ requirements," said David Albritton, president of GM Defense, in a press statement issued by the company. "It’s indeed an honor to leverage our parent company’s experience as one of the world’s largest automotive manufacturers to design, build and deliver the best technologies available to the men and women of the U.S. Armed Forces and our allies.