Maruti delivers over 700 units of Gypsy to Indian Army in June: Sources

Maruti Suzuki had previously ended production of Gypsy for civilians.The Indian Army relies on several vehicles, including Gypsy, for a host of operations.
By : HT Auto Desk
| Updated on: 10 Jul 2020, 02:44 PM 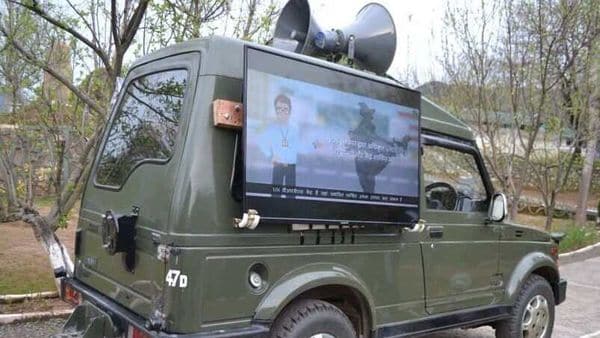 File photo of an Indian Army Gypsy carrying speakers and a screen to spread awareness about Covid-19 in Jammu and Kashmir. (Photo courtesy: 16 Corps -Twitter/@Whiteknight_IA)

The trusty Gypsy may have been discontinued by Maruti Suzuki for the automotive market in the country but the Indian Army continues to rely on the vehicle to chart courses in treacherous and challenging terrains. Little wonder then that the company reportedly supplied the Indian Army with more than 700 units of the vehicle in the month of June.

Sources have confirmed to HT Auto that the Gypsy units were delivered to the Indian Army after requests from relevant quarters were made previously. The Gypsy has a 1.3-litre petrol motor at its heart and its proven capabilities have served Indian Army for numerous years, especially in mountainous terrains.

While it is not known where the new batch of Gypsy units would be deployed, its 4WD drive capability will continue to handle all manner of mobility requirements.

A Maruti Suzuki spokesperson HT Auto reached out to declined to comment.

What does help Gypsy's cause is that it has been around for quite some time and requires little in terms of maintenance. This can be of crucial help in far-flung areas of the country where Indian Army personnel need to carry out patrolling duties. The car's comparatively compact proportions and the familiarity with its mechanics are added boon in hilly roads.

The Gypsy production currently is exclusively for the Indian Army because the vehicle does not meet updated safety regulations on Indian roads and was discontinued because of it. It is reported that the Indian Army had previously managed a waiver to allow for the vehicle to remain in its service.