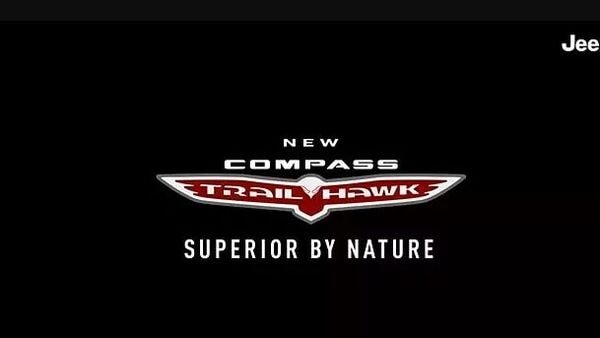 Jeep India dealerships have started accepting pre-launch bookings for the upcoming new Compass Trailhawk model in the country. The car was officially teased sometime back and has now been also listed online at the company website ahead of the launch. Select dealerships in Delhi have started accepting bookings at a token amount of ₹50,000. That being said, the official launch of the new Trailhawk-spec Compass is most likely to take place in March.

The Compass Trailhawk shares the same basic design as the standard Compass SUV, however it does get some specific styling enhancements that separate it from the regular model. However, far bigger changes are reserved in terms of its off-roading capabilities.

Also, as seen previously, the Trailhawk-spec model will come based on the top-spec trim of the Compass SUV thus will get features like LED projector headlights, a panoramic sunroof and a 360-degree surround-view camera.

The Compass Trailhawk is likely to come forward with redesigned, shorter bumpers for enhanced off-roading prowess. Its signature dual-tone appearance is also most likely to be carried forward. It may also get new alloy wheels with all-terrain tyres, increased ride height and an off-road driving mode - Rock. As seen previously, the new Trailhawk is also likely to get better suspension against the standard model for better off-roading capabilities.

Under the hood, the car will continue along with its 2.0-litre, four-cylinder, turbocharged diesel engine. The transmission will include a nine-speed automatic transmission. This engine is responsible for belting out 165bhp of maximum power and 350Nm of torque.