The new 2 Series Gran Coupe has borrowed several design cues and technology from the 1 Series and the 8 Series.
By : Sabyasachi Dasgupta
| Updated on: 22 Jun 2020, 07:04 PM 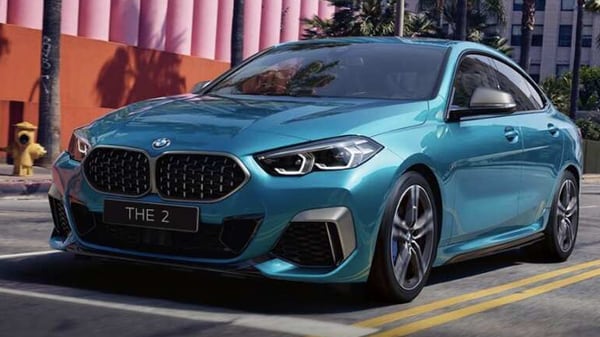 BMW has unveiled the carmaker's first ever 2 Series Gran Coupe in Philippines through a digital launch event. Priced at PhP 2,990,000 (around ₹45.30 lakh), the 2020 BMW 2 Series Gran Coupe happens to be one of the smallest and most affordable 4-door vehicles.

The 2 Series Gran Coupe is powered by a 1.5-litre TwinPower Turbo three-cylinder engine, mated to a seven-speed dual-clutch gearbox, that can produce 140 PS of power along with 220 Nm of torque. The 17-inch double-spoke alloy wheels now sits on a 2670mm wheelbase.

The design of the new 2 Series Gran Coupe borrows some styling cues from both the new 1 Series launched earlier and the recently launched 8 Series. The signature twin kidney front grille and a sporty-looking bumper dominates the front face of the vehicle along with LED headlights with DRL cluster. At the rear, the swept-back LED taillights and a sculpted bumper completes the key design highlights of the new 2 Series Gran Coupe.

On the inside, the 2 Series gets a 8.8-inch touchscreen with iDrive, automated parking assist, optional Comfort Access to open the boot lid. Among other features are a three-spoke steering wheel wrapped in leather and ambient lighting. The seats are wrapped in Sensatec leather upholstery. The rear seats can be split in 40:20:40 ratio. The boot has a luggage capacity of 430 litres, which is 40 litres more than the previous generation. It can be extended more by folding down the rear seats.