Audi S5 Sportback teased ahead of launch in India 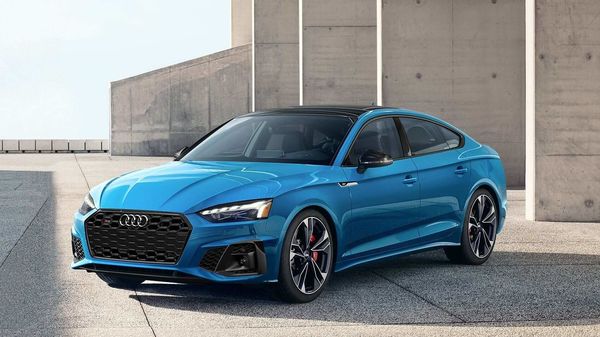 Audi S5 Sportback will be launched as a CBU unit in India.

Audi India has teased the upcoming S5 Sportback on its social media handles. The new member of the A5 family is expected to be launched in the Indian market later in March this year.

The German luxury carmaker has teased the car in the 'Turbo Blue' paint scheme which looks quite appealing. Apart from that, expect the car to be introduced in several more colour options.

Get ready to take the road by the wheels. The #AudiS5 Sportback. #ComingSoon #FutureIsAnAttitude pic.twitter.com/TRNcZUTGWJ

Since the company is planning on strengthening its gasoline-powered lineup in the country, expect the new S5 Sportback to feature a 3-litre V6 TFSI engine which is already available in the US market. This powertrain pumps out 354 horsepower and 500 Nm of torque and propels the car across the 0-100 kmph sprint line in just 4.7 seconds.

As far as the exterior profile goes, S5 Sportback will feature a more sporty and bold design against its predecessor. At the front sits sharp-looking LED headlamps as well as DRLs contributing to its signature look. The headlamps flank the large signature grille upfront featuring a blacked-out honeycomb pattern. Over the back sits sleek-looking LED taillights which complement the overall aggressive look of the car. Inside, it is expected to feature an all-black theme and will be kitted to the teeth with modern features.

(Also Read: Doesn't worry us, more the merrier: Audi India on what Tesla's entry may mean)

The Audi S5 Sportback is going to take the CBU route into the country. As far as the pricing goes, the new car is likely to sit in the bracket of ₹65 to 71 lakh (ex-showroom).