Doesn't worry us, more the merrier: Audi India on what Tesla's entry may mean

Tesla is gearing up for its India debut but Audi India is unfazed by the new challenger on the horizon.Audi has plans of driving in e-tron to India this year.Audi India Head Balbir Singh Dhillon says he is cautiously optimistic.
By : HT Auto Desk
| Updated on: 29 Jan 2021, 14:43 PM 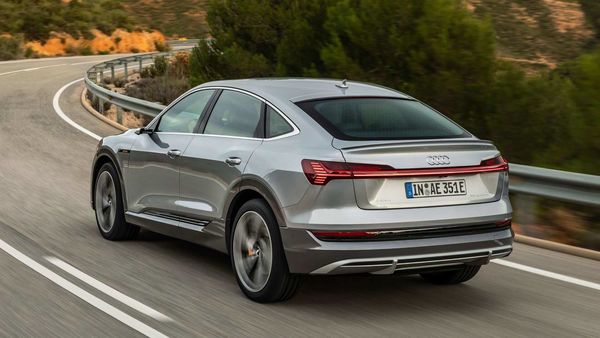 Bring it on, Tesla: Audi India has plans of bringing in its e-tron to the country this year.

With Elon Musk confirming an India debut for Tesla this year and the EV-maker registering itself as Tesla India Motors in Karnataka earlier this month, there is much buzz in the automotive market here. Tesla will compete in the luxury car segment, at least due to the prices at which its initial offerings are expected to be at. The luxury car segment is also one in which key players are looking at driving in their respective EV products. Audi India, for one, remains optimistic about what it will offer in the times to come and believes in the inherent strength of its battery-powered product(s).

Speaking at an HT Auto webinar, Balbir Singh Dhillon - Head at Audi India - outlined that there is massive motorization that awaits India and that Tesla's entry is not a concern for the German brand. "It does not worry us. In EV space, the more the merrier," he said. "The key actually is infrastructure to support EVs. We are cautiously optimistic but we have to be careful as well because people have range-related anxieties."

Audi has plans of driving in its e-tron EV to India at some point this year. The all-electric offering is already available in several international markets with 17,641 units sold in the first half of 2020. And while globally, Audi is looking at a major EV offensive with 20 fully-battery powered models by 2025, Audi India is also keeping all its options open.

Dhillon though is first keen to see a stable policy regime. He says this is one of the most factors, especially in the luxury car segment. "Luxury space is very tiny in India. Unless we have a minimum threshold, we cannot produce locally. There is import duty, GST - it is a multi-layered tax on tax system," he outlined. "We need to break the shell of high costs of running luxury cars."

Underlining how Audi India had diesel and petrol cars but post shift to BS 6, has petrol and electric, Dhillon also underlined how a long-term policy would be crucial for deciding which product to be brought to India. "It is difficult to bring back a product that is not successful. The entire ecosystem is important. Depreciation benefits need to be extended not just to businesses but people buying cars too."