The major highlight of Audi Q5 Sportback is its design which seeks to combine sporty character with aggressive intentions.Audi Q5 Sportback will be offered with four-wheel drive and a seven-speed automatic gearbox while a plug-in hybrid option will make way as well.
By : Shubhodeep Chakravarty
| Updated on: 26 Sep 2020, 10:35 AM 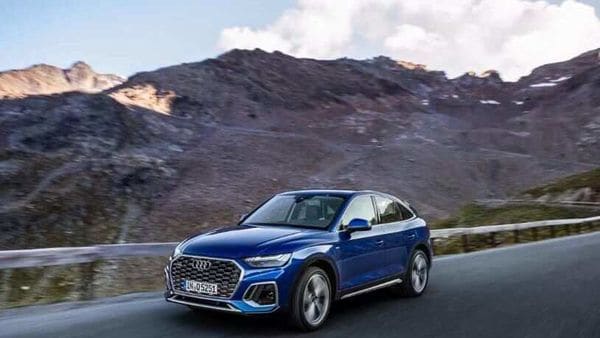 Audi Q5 Sportback has a design which seeks to give a sporty appeal to the aggressive visual profile of the SUV.

Audi Q5 Sportback has been officially revealed by the German auto giant in a bid to cater to customers looking at a crossover SUV which synthesizes a sporty heart with a practical character that makes everyday driving easier. The Q5 Sportback is the third crossover utility vehicle (CUV) from Audi after the e-tron Sportback and Q3 Sportback that were revealed earlier this year. The latest in the series though is looking at finding favour among the enthusiastic as well as discerning customers.

The primary highlight of the Audi Q5 Sportback is how it is designed on the outside. The need to give the vehicle an aggressive yet sporty appeal is what the designers at Audi say was a challenge. As such, the vehicle gets large air inlets which flank the octagonal single frame grille in honeycomb design. The head lights come incorporated with LED DRLs while the option of matrix LED technology will be made available as well. What gives it the Sportback character, however, is the sweeping shoulder line which blends into the tail light. Another distinctive design elements are the sharply sloped rear window - in a bid to elongate the profile - and the seemingly high-mounted rear bumper which accentuate the dynamic and rugged appeal. The rear profile of the car has been given a bit more stretched wide appeal and sports a strong muscular line at the centre, between the two tail lights. 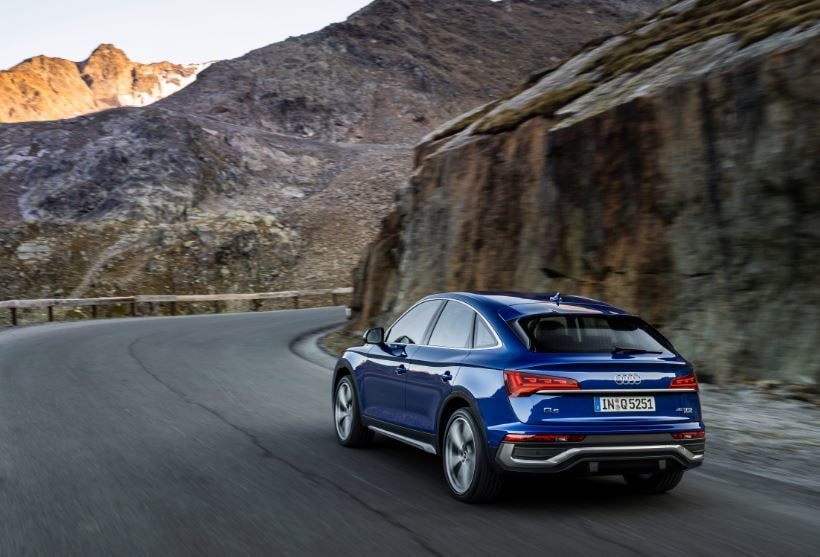 The wide appearance of Audi Q5 is perhaps most clear from the rear profile of the SUV.

Audi has also been working on enhancing the light technology in use in its new-age vehicles and the Q5 Sportback features an innovative OLED technology. Each light includes three organic light-emitting diodes, each of which is divided into six segments. What this basically means is that the lights can be customized in a way that allows for pre-programmed operation set up. Customers can choose from three different rear light signatures when ordering the vehicle. There is more to the light system than what, literally, meets the eye. To enhance safety, the OLED segments illuminate if the Q5 Sportback is stationery and another vehicle from the rear approaches to within two meters. This is a warning safety feature. 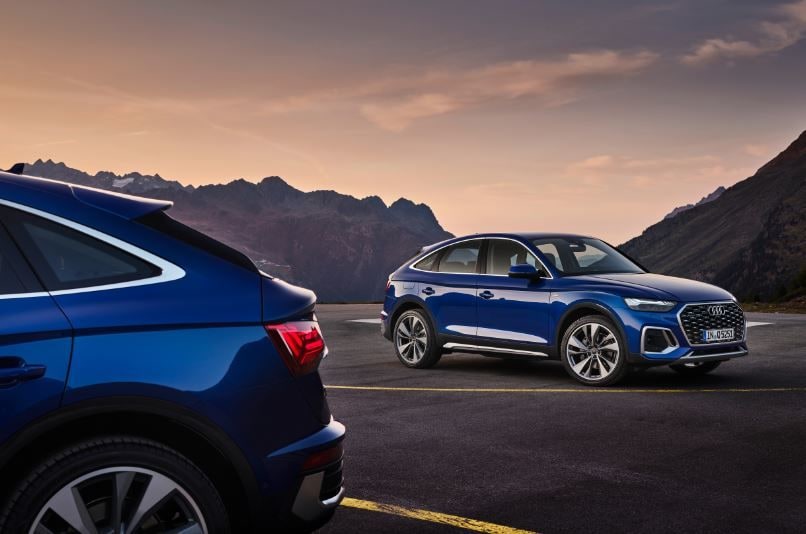 Audi Q5 Sportback will be powered by a two-litre four-cylinder diesel engine before other engine options make way.

There is 510 litres of boot space but with the second-row seats folded, this opens up space in excess of 1,000 litres.

The Q5 Sportback also boasts of a high ground clearance - can be increased by 45mm- and the use of adaptive air suspension serves the dual purpose of a comfortable ride as well as practical usage. How? Audi says that at the press of a button, the air suspension is able to lower the rear axle to make it easier to load luggage. The entire vehicle sits on wheels ranging in size from 18 to 21 inches, and with 21 designs.

Step inside the new Q5 Sportback and the main infotainment screen with an updated MMI technology seeks to grab first attention. The 12.3-inch screen combines with a head-up display (HUD) to provide a wide variety of traffic and navigation functionalities while also taking care of AV needs.

There is also a 10.1-inch touch display in the car.

Audi is also touting its driver assist systems inside this SUV to be the best friend a person behind the wheel can have on commutes. It allows for adaptive cruise assist can take care of accelerating, decelerating a keep-in-lane functions while there is also a predictive efficiency assist which makes use of the navigation system and camera-based traffic sign recognition to - when combined with adaptive cruise assist - auto adjust speed. 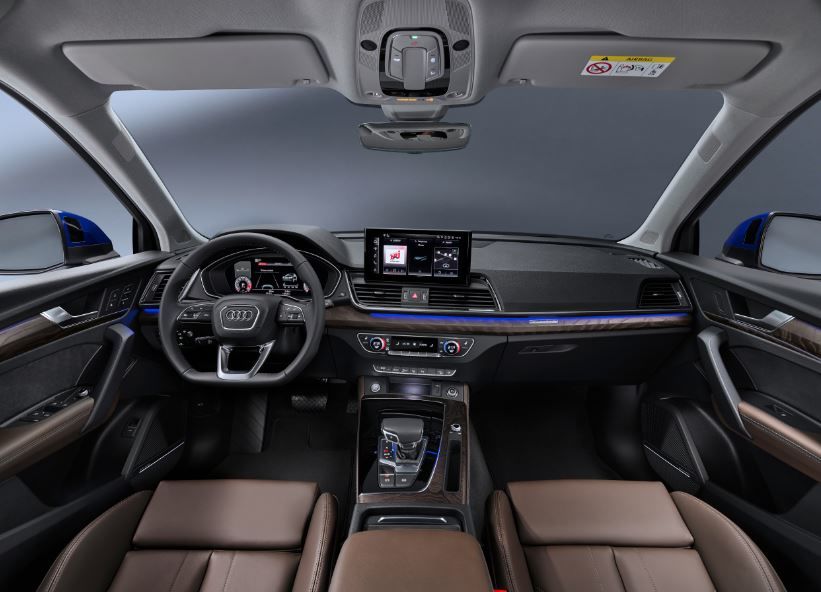 The cabin of Audi Q5 Sportback.

Q5 will be launched in Europe with a two-litre four-cylinder diesel engine which will have 198 bhp of max power and 400 Nm of torque. It will be mated to a seven-speed S tronic dual-clutch transmission unit with quattro ultra technology. There would also be a mild hybrid system to enhance efficiency.

Additionally, a V6 TDI and two 2.0-litre TFSI engines will follow as well and the SUV will offer plug-in hybrid option.

Audi Q5 Sportback will be made in the company's San Jose Chiapa plant in Mexico and will hit international markets in the first half of 2021. In China, the SUV will be built in CKD production.