Audi Q5 facelift to launch in India on November 23 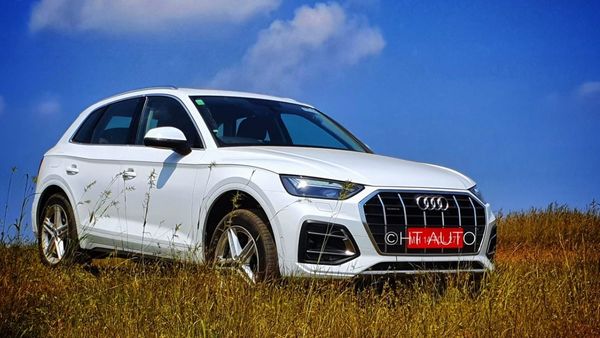 Audi Q5 SUV is all set to make a comeback to the Indian markets in a new avatar with a new engine. The SUV was pulled out more than a year ago when stricter BS 6 emission norms kicked in. In new generation, Audi has ditched diesel, and put sole focus on its TFSI petrol engine to revamp the new Q5.

Audi India has confirmed that it will launch the new generation Q5 SUV in India later this month. The 2021 Q5, which is all set to make a comeback after nearly two years after being pulled out due to stricter emission norms, will hit Indian roads once again from November 23.

Audi has completely ditched diesel engine for the new Q5, and has added a BS 6 compliant 2.0-litre 45 TFSI petrol engine that can generate 249 hp of power and 370 NM of torque.

While the previous model was priced around the ₹50 lakh mark, expect a few lakh premium for the facelift version. It aims to take on rivals like the BMW X3, Mercedes GLC or even the newly-launched Volvo XC60.

Audi has made several changes in the new Q5 including design changes, new technology and much more. The exterior design is now sharper with a wider single-frame octagonal grille, new set of LED headlights and DRL units, new set of 19-inch wheels with five double-spoke alloys, LED signature taillights and more.

The interior of the new Q5 has also been upgraded with a more clutter-free design oriented towards the driver. 2021 Audi Q5 comes with a 10.1-inch touchscreen infotainment system that is equipped with the third generation Modular Infotainment Platform or MIB 3. It also features Apple CarPlay and Android Auto along with Audi's latest MMI Touch and voice controls. There is also a 12.3-inch Audi virtual digital driver display, phone box for wireless charging, charging port compatible with USB and USB C type cables, a panoramic sunroof, 19-speaker 755-watt Bang and Olufsen music system with 3D sound, 30-colour ambient lighting and much more.

Experience the thrill of evolution with the #AudiQ5
Arriving on 23.11.2021.#FutureIsAnAttitude pic.twitter.com/C8i45sXqR3

Audi has made certain changes in the drive dynamics of the new Q5 as well. Besides a new engine, Audi has worked on the suspension to add damping control to reduce body roll. The new Audi Q5 is also a good option for soft off-roading with five different drive modes, which also include Comfort, Dynamic, Individual, Auto. The Quattro all-wheel-drive technology will pack the new SUV with more power. Audi has also added damping control to the suspension to make the car glide smoothly through potholes and off-road bumps.