Aston Martin says no to more SUVs, DBX is the first and last 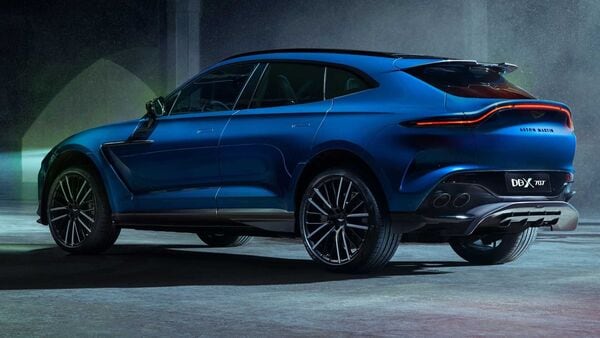 Aston Martin DBX707 production is set to commence in Q1 of 2022, with first deliveries scheduled to begin during early Q2 2022.

Despite witnessing a positive response and pretty good sales performance with DBX, British luxury carmaker Aston Martin has decided not to bring more SUVs. This revelation comes right after the automaker has revealed the latest iteration of DBX in form of DBX707.

Speaking about Aston Martin's strategy for SUVs, the company's CEO Tobias Moers has said that the luxury car brand will not launch any other utility vehicles. The comment reflects the luxury niche car brands such as Bentley Rolls-Royce, Lamborghini, Ferrari's mindset a few years ago when they used to shy away from SUVs.

However, change in market dynamics has forced the automakers to enter the SUV space and that strategy helped them to churn out a significant amount of higher revenue. In fact, Aston Martin DBX too is the bestselling model from the British brand. But, as of now, the carmaker is not willing to take up any new SUV project. Also, Moers has cleared that Aston Martin has no plans to bring any long-wheelbase variant of the DBX.

Speaking about other projects, Moers has said that the return of its much-awaited new Lagonda is unlikely to take place in the near future. Former Aston Martin CEO Andy Palmer said in February 2020 that an EV version of the Lagonda could be launched after 2025. Moers too seems to have similar plans.

He said that the carmaker now aims to make a clear understanding of what Aston Martin stands for. In order to make a new brand image, Aston Martin will further focus on new innovations and technology, said Moers. Also, the other aspects the carmaker aims to focus on include performance.

Meanwhile, Aston Martin has introduced the world's most powerful SUV DBX707 two days back. This SUV comes generating 707 PS of power acceleration capability of 0-100 kmph in 3.3 seconds at a top speed of 310 kmph. The all-new Aston Martin DBX707 SUV competes with rivals such as Porsche Cayenne Turbo GT and Lamborghini Urus.