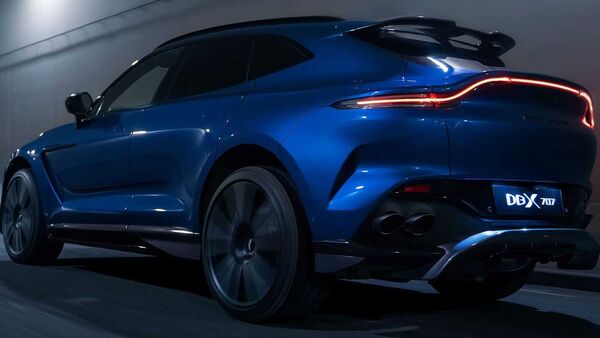 Porsche Cayenne Turbo GT in June 2021 set a record of completing a 20.76 km loop in 7 minutes 38.9 seconds at the famous testing ground of Nurburgring in Germany. Now, with the launch of the DBX707, which is being dubbed as the world's most powerful luxury SUV, Aston Martin aims to grab the crown in Green Hell.

Moers has indicated that Aston Martin DBX707 might attempt to take the benchmark higher that was set by Porsche Cayenne Turbo GT last year. The SUV is expected to attempt the record in its production form only. Aston Martin has announced that the DBX707 will enter production in the first quarter of this year and deliveries of the luxury SUV is scheduled to commence in the second quarter of 2022.

Aston Martin DBX707 comes powered by a twin-turbocharged 4.0-litre V8 engine that has been developed by the British car brand indigenously. This engine is mated to a nine-speed wet-clutch automatic gearbox and generates power to 707 PS of power and 900 Nm of torque. The SUV is claimed to accelerate 0-100 kmph in 3.3 seconds at a top speed of 310 kmph.

To match the monstrous power and torque output, Aston Martin DBX707 gets a rear e-differential that is stronger and ensures better acceleration. It also helps in smooth high-speed cornering. The DBX707 gets a smart automatic all-wheel drive (AWD) system that sends power to the front wheels and rear whenever and wherever is required the most. It gets air suspension with revised dampers and springs for less body roll. It also comes with electronic Active Roll Control (eARC) system.