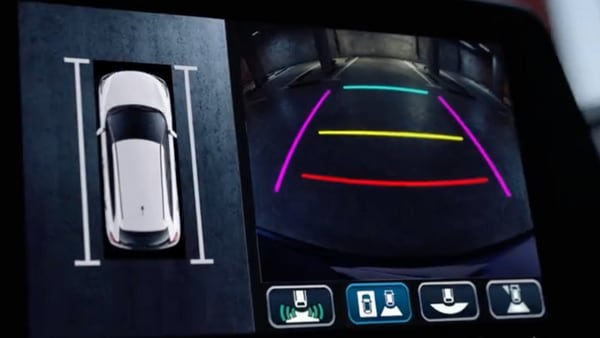 Maruti has teased 360 View camera inside the 2022 Baleno premium hatchback, slated for launch this month.

2022 Maruti Suzuki Baleno facelift premium hatchback is all set to get a 360 View camera to assist drivers manoeuvre the car more easily. This feature will be added for the first time any any Maruti cars available in the market. The carmaker recently teased the feature ahead of its launch later this month.

2022 Baleno will have a host of new features than the preceding models, some of them segment-firsts, in an effort to take one some of its rivals which are packed with features.

The 360 View camera will offer a surround view of the 2022 Baleno which will not only assist drivers to park the car in tight spots, but also help avoiding obstacles in blind spots.

Besides the 360 View camera, the 2022 Baleno will come with a Head Up Display (HUD) screen, a first for any car from the brand in this segment. The Baleno will also get an updated nine-inch HD screen as the infotainment system. It is quite different from the ones found inside new generation Maruti cars. Maruti will also offer Surround Sense powered by ARKAMYS, claiming a premium acoustic sound experience for those inside the latest Baleno.

The 2022 Maruti Baleno facelift is likely to come with the same powertrains offered in the existing models. Expect the usual 1.2-litre petrol engine, paired to a 5-speed manual and a 4-speed automatic transmission options. While the power output is likely to change slightly, the new Baleno is expected to return improved mileage.

The New Age Baleno gives you a driving experience like no other with a 360 View Camera. Now driving and parking in tight spaces is easier than ever. #360ViewCamera #TechGoesBold #NewAgeBaleno #NEXA #CreateInspire pic.twitter.com/cWCltB7M6M

The Baleno premium hatchback has been one of the star performers for Maruti Suzuki since its launch back in 2015. Till now, Maruti has sold more than 10 lakh units.

Maruti has already opened bookings for the 2022 Baleno ahead of the official launch. The new Baleno will renew its rivalry against the likes of Tata Altroz, Hyundai i20 and Honda Jazz. At an expected price range between ₹6 lakh and ₹9 lakh, the new Baleno might as well take on affordable sub-compact SUVs like Nissan Magnite and Renault Kiger too.