2022 Maruti Ertiga facelift MPV will come loaded with new features, some of which has been borrowed from the recently launched Baleno. It will take on rivals like Kia Carens, Mahindra Marazzo among others.
By : Sabyasachi Dasgupta
| Updated on: 14 Apr 2022, 01:32 PM 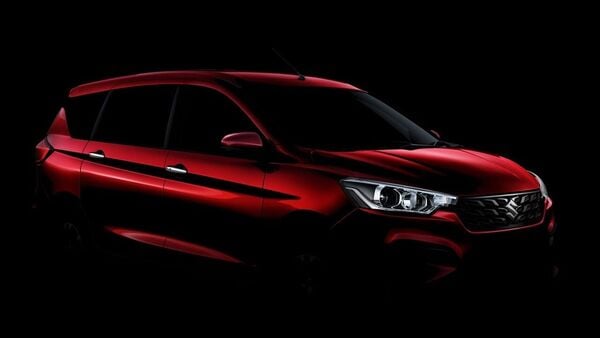 2022 Maruti Ertiga facelift MPV will come loaded with new features, some of which has been borrowed from the recently launched Baleno.

Maruti Suzuki is all set to launch the facelift version of its popular MPV Ertiga on Friday. In its new generation, the 2022 Maruti Suzuki Ertiga will come with some design tweaks as well as updated interiors, new powertrain and transmission besides several new technology to enhance its appeal and regain momentum in the three-row passenger vehicle segment. Maruti has already opened pre-bookings for the new 2022 Maruti Ertiga MPV at ₹11,000.

Among some of the key changes on the new Maruti Ertiga will be an updated grille, new alloy wheels, and redesigned bumpers. On the inside, Ertiga will come with a seven-inch touchscreen infotainment system and Hi Suzuki connected car technology. Under the hood, the MPV will be the first Maruti car to come out with the new 1.5-litre Dualjet, Dual VVT petrol engine. The new new 1.5-litre K15C DualJet petrol engine is capable of producing 115bhp of maximum power, a slight increase from the existing models.

2022 Maruti Suzuki Ertiga facelift is also going to be the first Maruti car to come with the new six-speed automatic torque converter gearbox. Along with the six-speed AT, Maruti will also offer the usual five-speed manual transmission as well. Maruti is also likely to introduce Paddle Shifters in the new Ertiga.

Maruti will be betting big on the new Ertiga seven-seater MPV and the six-seater XL6 to renew its dominance in the three-row passenger vehicle segment. Despite Toyota Innova Crysta's popularity in the segment, Maruti Ertiga and XL6 have been among the best-sellers from the carmaker. However, with the launch of new three-row cars like Hyundai Alcazar and Kia Carens, the rivalry has intensified in this segment.