2020 Hyundai Creta variants leaked ahead of launch, SUV to get 10 colours

2020 Creta from Hyundai will be offered in three engine options with the added option of choosing automatic transmission in all.The design of the new Creta has been upgraded while the cabin promises to be more plush and boast of new-age features.
By : Shubhodeep Chakravarty
| Updated on: 27 Feb 2020, 09:16 AM 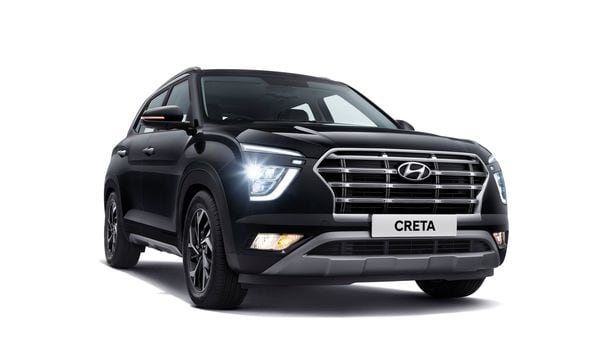 Weeks before the highly-anticipated launch of 2020 Hyundai Creta, the variants of the compact SUV has been leaked and it reportedly also details that the vehicle will get 10 colour options to choose from. The second-generation Creta is expected to launch in India on March 17 after being showcased for the first time at Auto Expo 2020 earlier in February.

Creta has been a firm favourite since it was first launched in India back in 2015. Over the years, however, rivals have stepped in to take some of Creta's sheen away from it. Hyundai, however, is determined to regain lost ground and has pinned much hope from the second-generation car. In its new avatar, the SUV will reportedly be offered in as many as seven diesel variants and another seven petrol variants. This would be across four trims - E, EX, S, SX and SX (O).

The engine inside the new Creta is confirmed and the vehicle gets a 1.4-litre turbo petrol, a 1.5-litre petrol and a 1.5-litre diesel motors. While the turbo engine generates maximum power of 140 bhp and peak torque of 242 Nm, the 1.5 petrol is more planted at 115 bhp and 145 Nm. The diesel is capable of belting out 115 bhp of power with peak torque of 242 Nm. All three engines are compliant with BS 6 emission norms that come into effect form April 1.

Transmission duties inside the new Creta will be handled by a six-speed manual unit in all three engine options with automatic options available in all.

The 2020 Creta is a big step forward from the Koreans and gets a new design on the outside and an updated cabin on the inside. It gets the company's signature cascading grille, sleeker LED head lights with DRLs and smart LED tail lights at the rear. It has a more dominant road presence than the outgoing model while the cabin is more premium thanks to a new upholstery, a larger infotainment system which sits right below the vertical air dams, flat-bottomed steering wheel and a plethora of additional new-age features.

Once officially launched, 2020 Creta will battle Kia Seltos and MG Hector - among others - with renewed vigour and could well set a new benchmark in its segment.