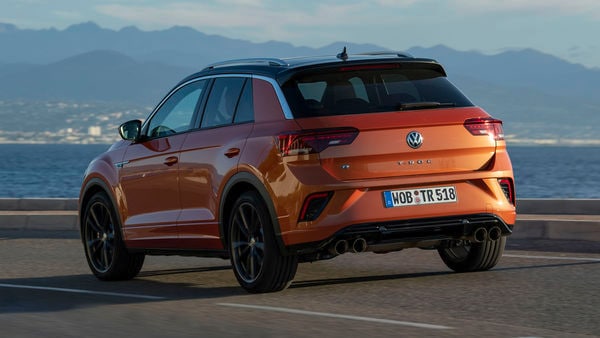 The year 2020 has begun with a bang with a slew of products showcased at the Auto Expo earlier in the month of February. With several car manufacturers showcasing their new and updated products, auto enthusiasts are sure to have a busy year ahead and March is all set to set the tone in that direction. A number of OEMs have big plans to launch their cars in the month in a bid to attract buyers and increase their respective presence in the Indian auto industry.

Here are some of the eagerly-anticipated car launches expected in the month of March:

Creta was first launched in India in 2015 to a massive reception. It has been a solid performer in the compact SUV segment and now stands ready in a new avatar to take on newer rivals like Seltos from Kia and Hector from MG Motor.

Creta 2020 was showcased at the recently-held Auto Expo and Hyundai has now confirmed a March 17 launch. The car unveiled sported a re-designed front grille, sleeker LED head lights, reworked LED tail lights and an overall profile which is smarter than before. While the interiors have not been officially revealed, design sketches show that the car is expected to get even more premium interiors. A rectangular infotainment system is certain and sits just below the HVAC vents.

The sedan segment in India may appear a little lifeless but the City from Honda has just what it takes to rev it up all over again.

An age-old warhorse from the Japanese car maker, the City has been a firm favourite in its segment the world over. In its newest version, the car could get even more teeth. In the new version launched in Thailand in late 2019, the City got noticeable design changes at the front and over at the rear. It also now stands 100 mm longer and is 55 mm wider.

Since Honda gave Auto Expo 2020 a miss, the City has not been revealed so far. Nonetheless, it is certain that the car would be loaded to the brim with features to keep it contemporary. Whether Honda decides to bring in the 1.4-litre turbo petrol engine to India, however, is not certain. (Read more here)

Volkswagen has confirmed the larger version of Tiguan SUV will be launched on March 6. The seven-seater was unveiled earlier in February and will look to take on rivals in the three-row seating SUV segment.

The Tiguan AllSpace is powered by a BS 6-compliant 2.0-litre TSI petrol engine which produces 190 hp of peak power and has peak torque of 320 Nm. Offered in 4MOTION All Wheel Drive system, the transmission duties are handled by a seven-speed auto unit. (Read more here)

Volkswagen has an SUV offensive planned for India and the T-Roc is an integral part of that strategy. Showcased with the Tiguan AllSpace earlier in the month, the car will be officially launched on March 18.

To be launched with a TSI petrol engine, the T-Roc will straightaway take aim at the Seltos GT Line. To make a case for itself, the car also features a coupe-style roof, distinctively wide front end and concise proportions. The SUV comes with integrated LED headlights and LED daytime running lights. The dual tone roof top enhances the sporty look, as it matches perfectly with the eclectic body colour. (Read more here)

Not known for standing at the sidelines, the country's top car maker - Maruti Suzuki - is expected to officially launch the new Vitara Brezza in March.

The new Brezza was first showcased at Auto Expo and has managed to gain positive reactions courtesy its revamped grille and head lights. In fact, there are several design upgrades all around to help it distinguish itself from the outgoing model.

On the inside, expect more features including the integration of Maruti's SmartStudio.

The biggest change, however, would be under the hood with the new Brezza getting the much-acclaimed 1.5-litre K Series petrol engine. Additionally, the smart hybrid technology (SHVS) is also on offer. (Read more here)