Brezza vs Brezza: Has Maruti Suzuki packed a punch in subcompact SUV space 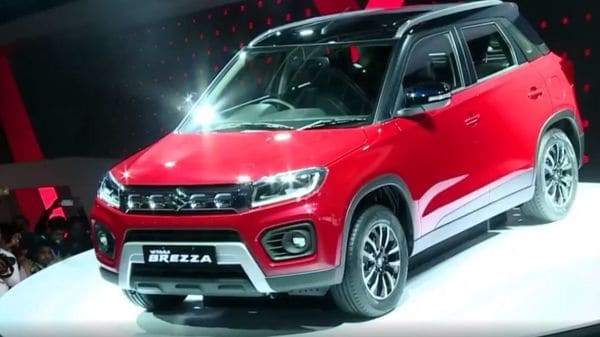 The first time Maruti Suzuki showcased the Vitara Brezza, back at Auto Expo 2016, it received a massive ovation courtesy the car's SUV proportions, neat cabin and an attractive price point. At the time, the car was also feature loaded and was offered in diesel powertrains which was the demand at the time. Over the years, that very demand moved towards petrol and with the arrival of several other worthy rivals, the Brezza lost some of its sheen. But now, Maruti Suzuki is all set to snatch the podium place back once again and at Auto Expo 2020, showcased the all-new Vitara Brezza which now gets a petrol heart.

While a petrol engine at its core is indeed the biggest change in the new Brezza, there are also styling upgrades on the outside as well as a more premium cabin that could sway prospective buyers towards the car. Does the new Brezza, however, have what it takes to not just challenge the likes of Hyundai Venue and Mahindra XUV300 but bully them into submission?

It is important to note that the new Brezza will not benefit from the novelty factor that had helped it rake up numbers when first launched. Back in 2016, it was a car like no other on Indian roads and catered to the dreams of buyers who wanted a car that resembled an SUV without shelling out bank-loads of cash. That said, the familiarity of the Brezza is what could also help the new model because it is a tried-and-tested model from the country's largest manufacturer. Even its 1.5-litre K Series petrol engine with mild hybrid technology (SHVS) has been around for some time now and has earned accolades galore.

Maruti Suzuki has said that the petrol engine is BS 6 certified and is frugal yet powerful. If the promise holds weight, it could be a big step up for Brezza because it could mean a fun drive. In its diesel version, the car was always slightly sluggish and the 1.3-litre Fiat-sourced motor just didn't give enough oomph. For a petrol though, the new Brezza could potentially have more excitement working for it. At its launch, Maruti Suzuki termed the new Brezza as a 'flaunt machine'. The styling elements on the car could be the biggest reason behind this. The new Brezza has a sporty profile with the front bull-bar design adding to the visual appeal and skid plates giving it a distinct look. It gets an integrated head lamp while The diamond-cut alloys also add to the fresh appeal of the car.

The biggest addition on the inside is the Brezza debut of the SmartPlay Studio while the company claims that the seats offer even more comfort, the steering wheel is leather-wrapped and a host of other additions make the Brezza ready to fend off newer rivals.

Each car in each segment comes with its own set of strengths and the new Vitara Brezza is no different. The car will be officially launched in the months to come and has, at least on paper, enough to take the sheen off Venue's success and XUV300's aura.