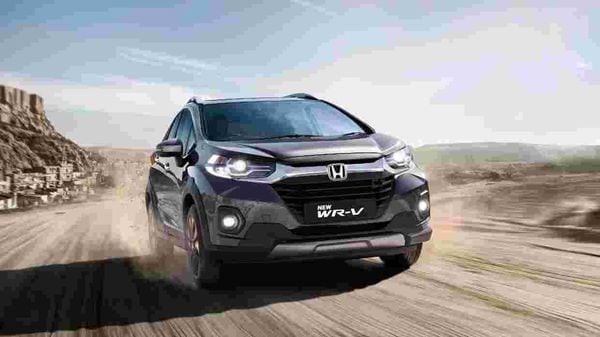 WR-V is available in SV MT and VX MT options in both petrol and diesel. It is offered with three years unlimited kilometers' warranty as standard. Customers can also opt for two years of additional unlimited or limited warranty.

Honda on Thursday launched the much-awaited facelifted WR-V in India at ₹8.49 lakh. This is the first major update for the WR-V ever since its launch in March 2017. It has been launched in two trims- SV and VX.

While the SV petrol variant starts at ₹8.49 lakh, the VX petrol has been priced at the ₹9.70 lakh. The diesel powered SV variant costs ₹9.80 lakh and the top-spec VX diesel has been given a price tag of ₹10.99 lakh.

With the latest mid-cycle makeover, the WR-V has turned into a slightly sportier looking offering. It has been given a heavily updated front fascia with a new and larger grille featuring horizontal slats which sit below Honda's signature chrome slat. The brand logo has been placed right at the centre of the main slat. The new grille has been flanked by a pair of tweaked headlamps with LED projector units and LED daytime running lamps.

Following the WR-V, the company will also launch the new-gen City later this month.