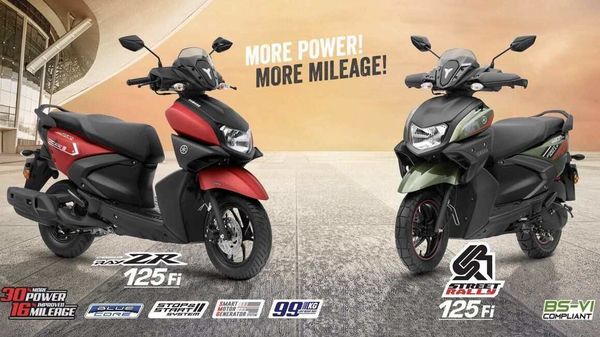 Both the scooters share the same appearance in terms of common apron-mounted headlight setup, aggressive body panels, LED DRL , single long seat, a fully digital instrument console and more. Apart from this, both also feature a same 125 cc single-cylinder air-cooled powertrain which delivers 8.2 PS of power at 6,500 rpm and 9.7 Nm of torque at 5,000 rpm.

The higher-spec Street Rally 125 is available in a solo variant and two colours including Sparkle Green and Purplish Blue Metallic.

For the record, Ray ZR series isn't the only offering from Yamaha to have received a recent price hike, as new BS 6 models including the YZF-R15 V3.0, Yamaha FZ-Fi, Yamaha FZS-Fi and Yamaha MT-15 are all costlier now.