Yamaha Aerox-based X-Force scooter launched: All you need to know 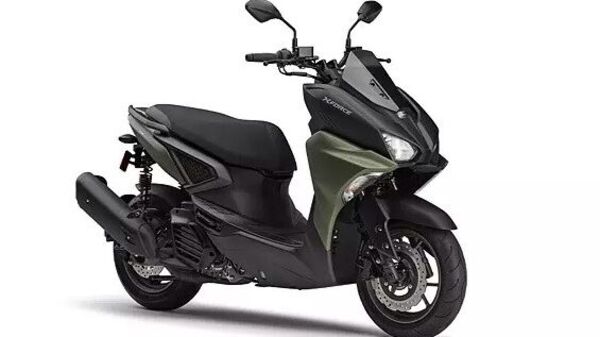 The Yamaha X-Force 155 features a very rugged yet sporty design.

Yamaha X-Force scooter has been launched in the market of Japan. It comes out as a technical twin the Aerox 155 scooter that's also sold in the Indian market. Apart from the similar mechanical and features, the scooter also sports similar equipment and features as well.

In terms of exterior appearance, the Yamaha X-Force sports a very front-heavy design. There is quite a sharp front fascia sporting a split LED headlamp setup. These lights are topped by a smoked visor that gives it a sporty look. Moreover, unlike the Aerox 155 which gets a raised footboard, the X-Force gets a flat footboard that should be more convenient because of its larger leg room and storage.

At the heart of the scooter sits the same Aerox-sourced 155cc liquid-cooled single-cylinder motor featuring VVA (Variable Valve Actuation) technology. For the record, the same engine is also found on the YZF-R15 V4 sold in the Indian market, however, within a different state of tune. The scooter comes kitted with some alluring features such as LED lights, USB charging socket, LCD display that shows notifications for call as well as SMS via Bluetooth connectivity. Interestingly, there is TCS (Traction Control System) as well which makes the ride safe.

In terms of hardware kit, the scooter comes kitted with conventional telescopic front forks and dual rear shocks. For braking, the scooter uses a 267mm front disc and a 230mm rear unit backed with the safety kit of dual-channel ABS. The scooter also gets large 13-inch wheels which come shod with 120/70 front and a 130/70 rear tyres.

The X-Force has been introduced at a price tag of JPY 3,96,000 (approximately ₹2.30 lakh) in Japan which makes it a fairly costly offering as per Indian standards. Also, it is unlikely to be launched in India as the company already sells the Aerox 155 here.