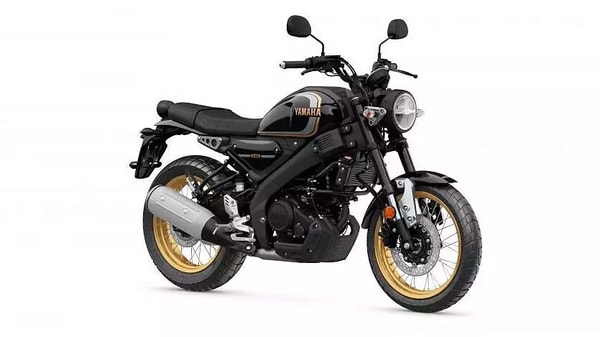 The new Yamaha XSR125 Legacy edition has been rolled out for the UK market.

Yamaha XSR125 has been updated with a new special edition for 2022. The new XSR125 Legacy edition has been rolled out for the UK market and will be available for purchase starting this June.

The new limited-edition motorcycle has been updated with a new paint scheme that also includes golden rims. The new rims are a notable upgrade from the currently used blacked-out alloys on the bike. In addition to this, the neo-retro motorcycle has also received a redesigned muffler cover to lend the bike a more retro appeal.

Save for these updates, the rest of the details on the bike remain unchanged. The bike continues to source power from the same 125cc single-cylinder liquid-cooled engine that has been rated to deliver 14.8bhp of max power at 10,000rpm and a peak torque of 11.5Nm at 8000rpm. For the record, this is the same engine that's also found on the existing MT125. The engine comes paired with a six-speed transmission.

The company also plans to introduce a series of accessories for this motorbike in the next few months. The list will also include an aftermarket Akrapovic exhaust system. As far as the pricing goes, the bike costs £4,950 ( ₹4.9 lakh) in the UK market, however, it is unlikely to be announced in the Indian market anytime soon.

Apart from the XSR155, the company retails a slew of models in the same range starting from XSR125, 250, and up to XSR900. Meanwhile, earlier this year, Yamaha also rolled out a new 60th Anniversary colour scheme of the new XSR that celebrates the company’s first win at Grand Prix. This scheme features the iconic red speed block design with the white base colour. (Read more details here)