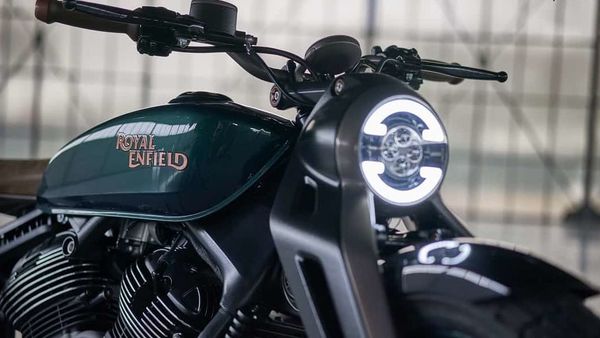 Royal Enfield is preparing to introduce its updated lineup for the year 2022. It was recently caught testing the Scram 411, and also revealed new bikes at the recently held EICMA 2021. Here's a list of all the new Royal Enfield bikes expected to launch in 2022.

Scram 411: A prototype of the new Scram 411 bike was spotted amidst road testing only recently. Needless to say, the company is almost ready to kickstart the year 2022 with the launch of Scram 411 which will be among one of the first launches for the year. It will be a road-biased version of the Himalayan ADV and will also come out at a slightly more affordable price tag.

Hunter 350: The Royal Enfield Hunter 350 will come based on the Meteor 350 which was launched in the Indian market back in late 2020. It will be a more affordable version with smaller 17-inch alloy wheels. To keep the costs under check, the company might also not include the triple pod cluster found in the Meteor.

Shotgun 650 (SG 650): Royal Enfield displayed the SG 650 concept at the recently held EICMA. Chances are that the production-spec version of the same may be launched in India towards the end of 2022. The motorcycle is already under the development stages and was spotted getting tested in India several times.

Other possible RE bikes: Needless to say, the company will introduce a number of MY updates for 2022. There is also an updated Bullet 350 in the rumour mill, and the company was also spotted testing a new exhaust layout on the Interceptor 650.