Home Auto Two Wheelers Tvs To Launch Yet Another Update On Apache Rr 310: What To Expect

TVS to launch yet another update on Apache RR 310: What to expect 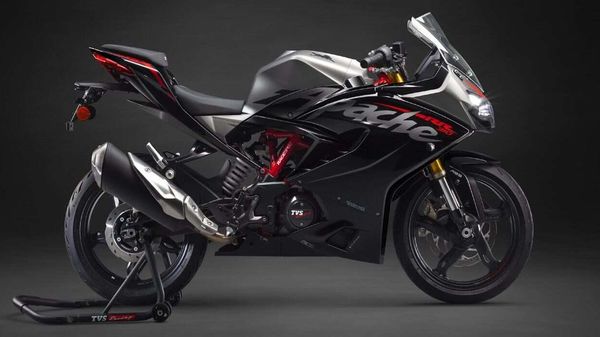 TVS Motor Company is gearing up to introduce yet another update on the Apache RR 310. The motorcycle was first launched in 2017 and since then it has received a slew of timely modifications.

Back in 2019, the bike received some upgrades in the form of a slip/assist clutch and a new paint scheme. Then later in early 2020, the TVS flagship received some more major tweaks including a TFT display, further improvements to refinement, riding modes, Michelin Road 5 tyres and fresh paint schemes.

Now, the Hosur-based two-wheeler maker has sent a media invite for the ride of the updated Apache RR310 but has remained tight-lipped about what the new bike is all about. The company has also shared a teaser image of the motorcycle that clearly hides away details that the updated motorcycle is likely to carry.

Expect the new Apache RR310 to feature a revised headlamp design which may lend it a fresher look. In addition to that, it may also receive new colour schemes. There may also be some minor changes to the powertrain making it more refined in the latest iteration. For the record, the bike gets a 310cc single-cylinder engine which is based on the BMW's G 310 R's engine. This unit is capable of producing 34 hp of maximum power and comes with a six-speed manual transmission.

TVS on Friday also announced that it has managed to grow its two-wheeler business by 130% in March (more details here).