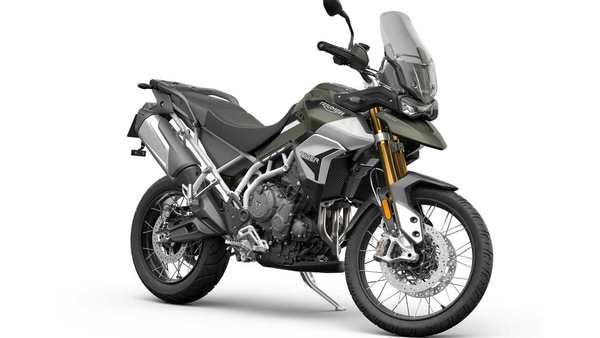 Triumph Tiger 900 will be a CKD motorcycle.

After a certain delay, Triumph Motorcycles on Wednesday announced the pricing of the updated Street Triple RS in India. Now the company has listed the upcoming Tiger 900 online at its official website. The new adventure tourer is set to knock on the doors in India in the month of May this year.

The Tiger 900 isn't just an update to the previous bike but an all new model altogether. It is a replacement to the widely acclaimed Tiger 800. The all-new Tiger 900 will be brought into India as CKD unit.

(Also Read: Triumph Motorcycles to not hike prices of its BS 6 Bonneville range until July)

While earlier it was originally reported to arrive in April, but the unprecedented situation created by the outbreak of the Covid-19 delayed its original launch plans.

The bike is expected to be launched in the country in all three variants present internationally which includes - top-spec Rally Pro, the road-focused GT line, and the Rally. The launch of the variants might also occur in the same order with Rally Pro launching first, followed by the rest two variants. There is also a base Tiger 900 present, but chances of it arriving in India are slim.

Being an all-new model, it comes with a fresh deign, chassis, suspension, as well as engine. It employs a new 888 cc, inline-triple with 1-3-2 firing order. It's claimed to posses a twin-cylinder-like character, especially in the lower rev range. The engine is known to produce 93.9 PS of maximum power and 87 Nm of peak torque. It is mated to a 5-speed transmission. This unit is about 2.5 kgs lighter in comparison to the previous model.