Triumph Tiger 850 Sport in the works

The upcoming Tiger 850 Sport is going to be based on the existing Tiger 900 motorcycle.It will use a simple, steel frame, and relatively basic suspension and brakes.
By : Prashant Singh
| Updated on: 23 Oct 2020, 02:38 PM 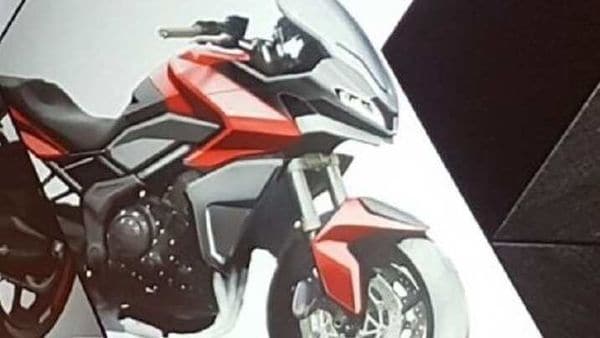 While the iconic British motorcycle maker might be busy promoting the upcoming entry-level Trident motorcycle, the company has a plenty of new products in the pipeline, including the new ‘Tiger 850 Sport’. It is going to be based on the current Tiger 900 motorcycle. Apart from this, the Hinckley firm is also reportedly working on a host of new machines including a new 1160 cc triple to power the all-new new Speed Triple and Tiger 1200 models.

So the most obvious question arising at this point is that since it gets the 'same engine' why it's not called the Tiger 900? It's probably to link it to the existing 1050 Tiger Sport and to separate it from the off-road-oriented Tiger 900.

As far as styling goes, expect it to draw inspiration from the existing 1050 Tiger Sport which will 'most-likely' spawn out the design of the Tiger 850 Sport. This hints towards a road-only, sports-oriented bike featuring a road-friendly, high-raised stance.

The upcoming Tiger 850 Sport will use a simple, steel frame, and relatively basic suspension and brakes (without radial calipers), all this will allow the company to price it aggressively against the competition. All these details combined hint that the bike will be a direct competitor to the BMW’s F900XR motorcycle.

What's to be noted is that the bike may not be the only new ‘Tiger Sport’ model as reports also hint towards an entry-level Tiger Sport featuring the same 660 cc triple engine which will debut on Trident very soon.