After the design prototype reveal in August, the company on Tuesday published new images of the Trident in camouflaged form.

The company says that the Trident is in 'final stage of testing in and around Triumphs HQ in Hinckley UK' where it is being designed and developed. The new photos shows the last stage of development prior to the launch.

Triumph says that the new Triple will 'bring all the advantages of a Triple to the category, with class-leading technology as standard, and an agile and rider-friendly chassis and ergonomics.'

The launch timeline of the new Trident will be revealed in the coming few weeks.

Speaking exclusively to HT Auto, Shoeb Farooq, Business Head for Triumph Motorcycles India said that Trident will be 'likely be' the most affordable motorcycle in the company garage. "Right now at around 7.45 lakh is where the Street Twin starts, so somewhere over there or slightly lower is what we are thinking about it. But specifically in terms of pricing we will have a better clarity by October or November. But we will be aggressive and give it a good entry price point," Farooq said.

The new Triumph Trident will be a direct rival to the likes of Kawasaki Z650, Honda CB650R, and Yamaha MT-07. It will feature an all-new chassis tuned for a balanced ride. 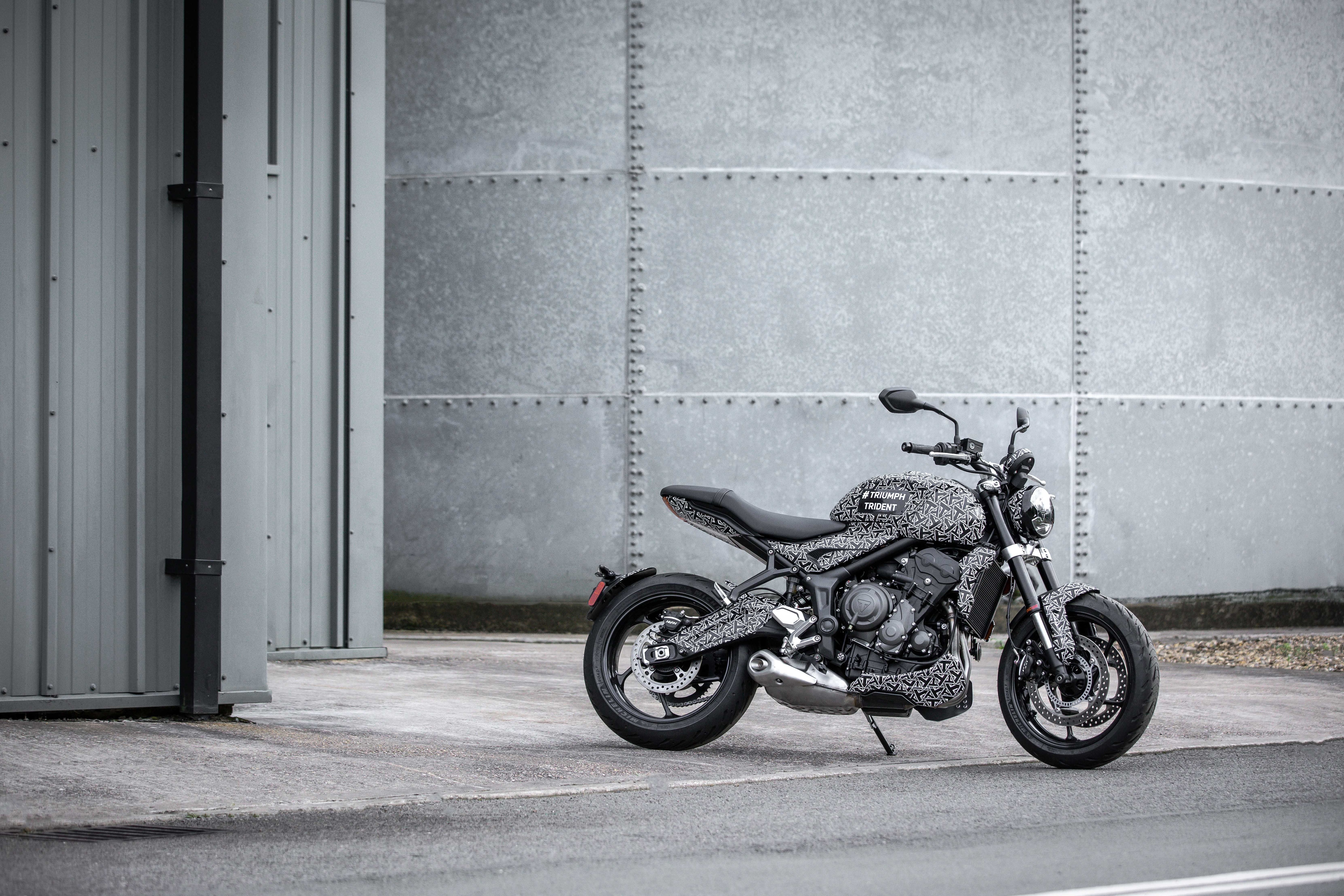 The new Triumph Trident will be a direct rival to the likes of Kawasaki Z650, Honda CB650R, and Yamaha MT-07.

The Trident will feature a triple-cylinder engine along with the claimed best-in-class technology. As far as tech-specs go, Triumph says that its triple-cylinder powertrain will have the ‘perfect balance of lowdown torque and top end power.’