It is a battle of scale for makers of electric two-wheelers. With demand consistently on the rise, Simple Energy wants to ramp up production capabilities.
By : HT Auto Desk
| Updated on: 08 Dec 2021, 13:45 PM 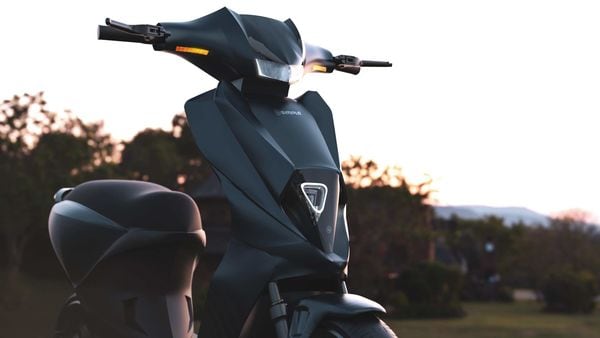 Simple Energy on Wednesday announced it has signed a Memorandum of Understanding (MoU) with the Tamil Nadu state government for an investment of up to ₹2500 crores for a plant that it claims would be the world's largest for electric two-wheelers. A similar claim had been made by Ola Electric in the past too with its facility - called FutureFactory - in the same state eventually targeting a per annum production of 10 million units.

Simple Energy appears determined to play the volumes game as much as Ola Electric. In phase one, the company's under-construction facility near Shoolagiri in Hosur aims to roll out one million units each year once operational early 2022. In the second phase, the company states it will make an initial investment of ₹1,000 crore into its second plant - in Dharmapuri - that will be on a 600-acre land.  This particular facility will also host a future-ready R&D centre, ‘world-class’ testing facility and a vendor park. “With the MoU, we commit to leading the Indian E2W market in India by setting up a resourceful ecosystem that will help the country’s vision to lower carbon footprints at a faster pace. Simple Energy will thus redefine electric mobility in India," said Suhas Rajkumar, Founder of and CEO at Simple Energy.

The demand for electric two wheelers has been picking pace consistantly, an encouraging sign for established as well as newer players looking at finding a firm foothold. Market experts predict sales of electric two-wheelers to eventually overtake those of conventional scooters and bikes in coming times.

But an increase in demand has attracted more and more players - each making tall claims about their products as well as production capabilities.  Simple One is one such effort with the flagship product from Simple Energy making its debut in August of this year. The electric scooter claims to have a per-charge range of 203 kms and is available in four colour options.