Bird is in the process of going public through a merger with a special purpose acquisition company.
By : Bloomberg
| Updated on: 21 Aug 2021, 03:05 PM 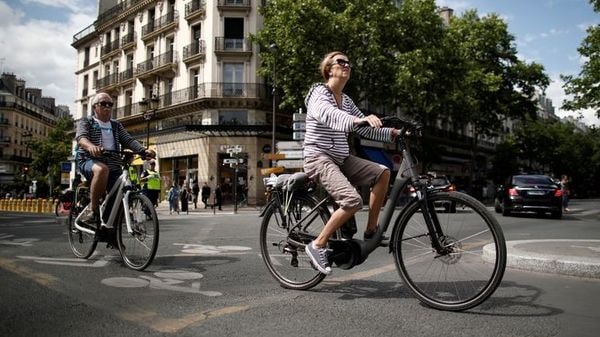 Bird Rides Inc.’s revenue soared in the second quarter from a year earlier after customers emerged from pandemic lockdowns and began hopping on the company’s electric scooters again.

The company brought in revenue of $60 million in the three months ending June 30, a 43% increase over the same period in 2019 and a 477% bump from last year. It also exceeded the company’s own expectations by 36%. Bird’s net loss narrowed to $43.7 million from $50 million a year earlier, according to a statement Thursday.

Bird is in the process of going public through a merger with a special purpose acquisition company. The deal, announced in May, is being led by Switchback II Corp. and could value the company at $2.3 billion.

Travis VanderZanden, founder and chief executive officer, founded Bird in 2017 and was an early pioneer in the electric scooter market, offering both shared and personal versions of the vehicles. Along with its earnings, Bird introduced a new product into its lineup, an e-bike, to tap into the $20 billion dollar electric-bicycle market.

The positive results put Bird on a path to recovery after business slowed during the pandemic. Covid restrictions significantly hampered business as people stayed at home to keep safe and nothing was open anyway. Total rides fell to 18 million in 2020 from 40 million in 2019, shrinking to as low as 2 million in the second quarter last year. That lead Bird to cut its workforce by 30%.

VanderZanden is optimistic that the business will be resilient despite ongoing uncertainties about the virus’s trajectory. “The most important thing is that if cities don’t lock down again like they did last year, we think Bird will continue to be one of the best ways to get around the city that is naturally social distanced," he said in an interview. “So we we don’t anticipate a massive impact from future variants."

Bird, based in Santa Monica, California,  now operates in more than 300 cities, having added New York to its list this week with a trial in the Bronx. While cities like the Big Apple promise a larger customer base, VanderZanden says utilization is higher in smaller municipalities. “We’re seeing some pretty amazing economics coming out of the smaller cities, there’s less competition, less regulation," he said. “Big cities tend to be more of an upfront investment."

Despite the improvement in the company’s balance sheet, the escooter market remains crowded, and the economics are still uncertain. Lime and Uber Technologies Inc. were also forced to cut staff and dial back operations during the pandemic. Furthermore, competition for permits in cities is fierce. Despite significant efforts to launch in Paris last year, Bird was left out of permit distributions. But VanderZanden remains upbeat.

“The real competition in this space is really all of the micro-mobility players against gas cars," he said. “There’s way too many out on the road. We’re all just trying to replace as many gas car trips as possible."