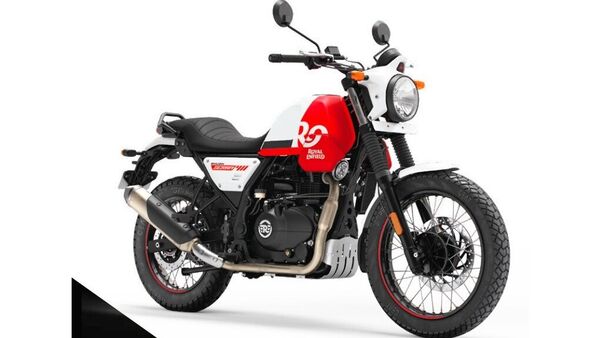 Royal Enfield Scram 411 has been launched in India.

Royal Enfield Scram 411 has been launched in India today at ₹2.03 lakh (ex-showroom). The pricing goes up to ₹2.08 lakh (ex-showroom). The new Scram 411 comes out as a more affordable version of the Himalayan ADV which is one of the most popular adventure two-wheelers in India. Royal Enfield has been aggressively pushing its products in an attempt to grab a larger market share in India and in overseas markets as well. The all-new Scram 411 is expected to play a key role in that strategy.

The all-new Royal Enfield Scram 411 will compete with rivals such as Yezdi Scrambler and Honda CB350RS. The motorcycle major has tasted success with its Himalayan adventure motorcycle. Motivated by the success of Himalayan, Royal Enfield is now aiming to launch more adventure focused models in India. The Scram 411 comes as part of that strategy.

The Scram 411 has been made slightly more affordable with the use of basic equipment including the new standard instrument console, smaller front wheel and basic body panels. It has been introduced in several colour options including white, silver, black, blue, graphite red and yellow.

In terms of dimensions, the Scram has a slightly shorter wheelbase of 1,455 mm because of a smaller front wheel. The ground clearance has been reduced marginally to 200 mm and the seat height now stands at 795 mm in order to accommodate shorter riders. It gets 190 mm of front travel and 180 mm of rear travelling suspension.

The bike also gets an optional tripper navigation system which was first introduced with the launch of the Meteor 350 and was then made available in the Himalayan. Also, the optional kit includes the bike's centre stand which isn't part of the standard kit.